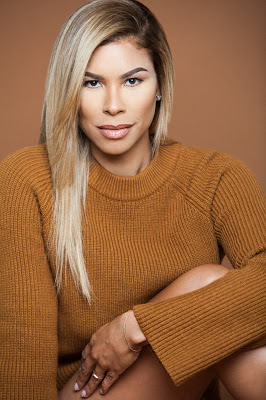 For the last 12 years as a model on the invigorating daytime game show, “The Price Is Right”, model and actress Gwendolyn Osborne-Smith recently said good-bye to the show while taking on the breathtaking new role as Chief Operating Officer of Smith Entertainment Group. Gwendolyn is definitely a force to be reckoned with. In 2015, the female powerhouse starred and produced the reality series “Meet the Smiths" that aired on TBS. As an actor, Gwendolyn played roles on television series such as, “Beauty and the Baller”, “The Bold and the Beautiful”, “Ocean Ave”, “Charmed” and “Huff”, just to name several.

I (Consciousness Magazine) was honored to speak to a woman of grace, enthusiasm and filled with joy and excitement. She not only discussed her role as a successful TV producer and businesswoman, however, furthermore her challenges while being a woman in the entertainment industry and much more.

Here is what Gwendolyn Osborne-Smith has to share with the readers.

Tocarra Eldridge: “The Price Is Right” was one of my favorite shows. What was your experience like working on “The Price Is Right”?
Gwendolyn Osborne-Smith: Well I can’t say it’s just one experience. (laughs) There were just so many experiences in 12 years. Overall, it was a very loving and happy experience! I’m very proud to have been a part of it, and to now be called the longest running woman of color that’s been on one of the longest running daytime game shows.


Tocarra: Working on the game show for the last 12 years, do you think you are going to miss being a part of it? 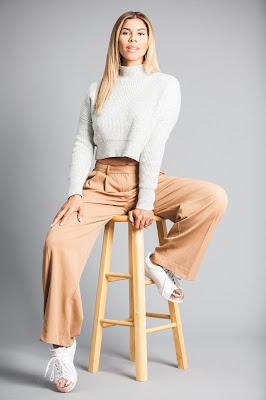 Gwendolyn: At this point, I’m going to miss the relationships that I had with the other models. I will continue to be friends, but it’s going to be different. Other than that, I feel like it served its purpose. As far as that, it’s given me confirmation that I was supposed to stay here in Los Angeles and raise my daughter here, alone at the time when I first started – and to continue working on my journey in the entertainment field.


Tocarra: Being the COO of your production company Smith Entertainment Group in which you operate, what can people look forward to from you at this amazing company?
Gwendolyn: They can look forward to inspirational shows, a variety of scripted and non-scripted things that are focused on experts in the reality world. And definitely some comedy in there! We just finished wrapping up a project right now that has some sketch comedy in it. I am actually one of the sketch comedians, so I love that I was able to showcase that part of myself.


Tocarra: Gwendolyn, you are working on your first studio album. What was your inspiration behind becoming a singer and getting involved with music?
Gwendolyn: I’m going to have to say I’ve been singing since I came out of the womb. (laughs) I was always introduced to theater. I’m from Bath, in England; there’s one theater there. I have a sister who is ten years older than me. She was always a dancer, singer and actress. She went to Italia Conti Academy in England, which is the same college that Naomi Campbell attended. They were actually there at the same time. So, I was just always around it [singing]. Then going to church with my mom; she’s Baptist. I started singing in the choir at church and then I just fell in love with the feeling that you can get with music.

Tocarra: What has been some of your challenges regarding being a mixed race model/actress to becoming a TV producer to make headway for others on the path behind you?
Gwendolyn: I’m going to say something that Meghan Markle quoted ‘you’re never quite black enough to be the black actress they’re looking for, and you’re never quite white enough to be the white one’. It sometimes feels stifling, because no matter how much talent you bring into that room, if you don’t seem to fit into that box, you’re not going to get the job. That has happened over my career. However, I still will never let anything keep me down.

Tocarra: What has been some of your achievements that you have made while being a woman in this business?
Gwendolyn: Making the choice as a single mother, a very young single mother, to move from Miami, which is where I was living before, and relocate to Los Angeles. I drove out and believed in myself… that I would be able to support myself and my daughter alone with no child support. I think it’s important to know that you have to believe in yourself before you can do anything. I did that, and I supported us off of runway modeling, commercials alone.. When I booked "The Price is Right”, at the time there were no microphones on the models and no one at all had ever had a baby on the show fully showing that they’re pregnant. By the time I left there, I had two children and had been proudly pregnant on that show all the way until I delivered. Thanks to Drew Carey for being supportive of that! [Eventually] we all had microphones and we all became individuals rather than being a part of a group of girls that have no name.

Tocarra: As a businesswoman and very talented woman in the entertainment field, do you have any words-of-encouragement for those young women who are looking to be successful in such a competitive entertainment industry? 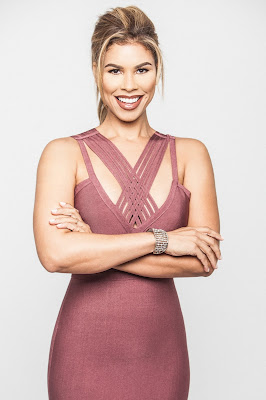 Gwendolyn: Absolutely! I just want to say big-ups to all my UK viewers and listeners. I’m just very proud of the fact that I’m from England.  I just feel like you should always believe in your own special magic, and that you are enough! I tell my older girls when they audition and go on jobs ‘you are enough’! I also have to tell myself that. So, always remember to tell yourself that ‘you are enough,’ because there is never going to be another you no matter how much she looks like you in that auditioning room. Remember you are the only one that is you. You always have to remember that. Believe in yourself. Believe in your ideas, thoughts and dreams. Work hard to achieve them and it will happen. It will happen!


Tocarra: Before we end the interview, would you like to share anything that we haven’t discussed or talked about?
Gwendolyn: I’m just super excited for the empowerment of the year of 2018! It’s the year of the woman! It’s time for voices to be heard. I’m very happy for that and extremely excited to be one of those voices.