Showing posts from July, 2019
Show all 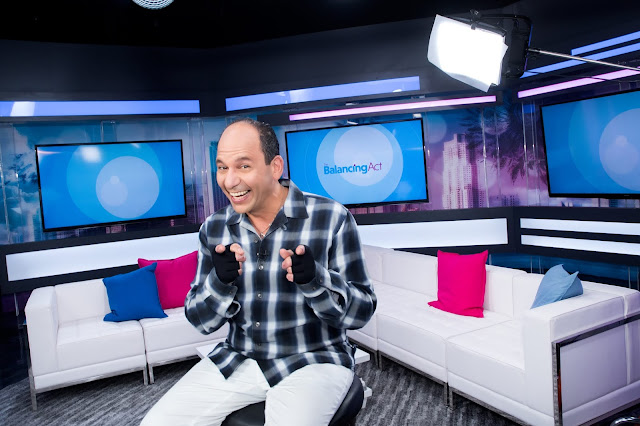 Chef Ralph Pagano Featured on The Balancing Act Interviewed and written by Tocarra Eldridge Photo Credit: Kristen DiNonno Noffsinger (Kristen Rose Agency)     Celebrity chef and personality Ralph Pagano is a force to be reckoned with when it comes to the food scene. Since 2015, Ralph Pagano has appeared regularly on the Lifetime Television morning show The Balancing Act that is created and produced by BrandStar. The Balancing Act is in its ninth season and brings fresh ideas to today's modern women to enrich their everyday lives by featuring delicious recipes, style makeovers, dream getaways, parenting tips, as well as health and wealth news. Ralph Pagano was recently featured on the "Special Celebrity Edition" of The Balancing Act as a host, alongside Reza Farahan, Caroline Manzo, Montel Williams and Ali Landry. In addition to the show, he is working on his own segment, “Ralph on the Road” (a community food based segment.) The iconic chef has also appeare
Post a Comment
Read more

Earnest Pugh is Gospel Leading Man Interviewed and written by Tocarra Eldridge   ‘Gospel Leading Man’ Dr. Earnest Pugh is a dynamic music force to be reckoned with in the gospel recording industry as he utilize his ability and gift to standout. As a powerhouse vocalist, songwriter, music producer, industry executive, successful record label owner of EPM Music Group and philanthropist, it was evident that he would eventually rise to super stardom while having faith in his ministry. During his early career and life, Pugh would become a successful sought-after worship leader by following his journey for the love of worshipping and singing gospel music. As a legendary singer, he continues to capture his international audience worldwide with his vision and creativity. Pugh has shared the stage with many chart-topping artists, such as, Shirley Caesar, Richard Smallwood, Beverly Crawford and Lalah Hathaway, just to name several. Regarding his musical work, the Multi-Stellar Award
Post a Comment
Read more
More posts