Showing posts from April, 2014
Show all

Rapper CityStylez The City is Mine 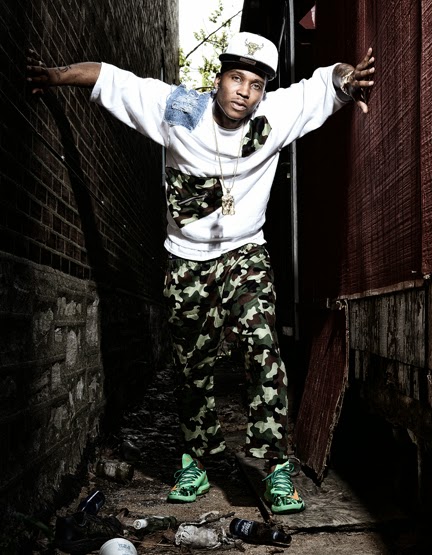 The City is Mine Rapper, CityStylez is on the rise to be St. Louis’ next biggest star and he wants to take the city to the top with him. Hip Hop artist, CityStylez seems to be everywhere lately.   He is quickly making a name for himself on a national level. Stylez is determined to help get his beloved city of St. Louis out of the music slump that it’s been in for the last few years.   Stylez is sitting outside drinking a bottle of water while making notes of his goals for the week as we talk.   He runs his own store in north county specializing in phones and accessories.   He keeps looking at the sky and shaking his head.   It’s a warm day in St. Louis but despite this, clouds seem to be slowly approaching.   City says “that’s how it always goes for St. Louis” as he looks at the sky. Just as the sun seems to be ready to shine, its rays are overshadowed by dark cumulus clouds. Ironically he concludes the weather to be a metaphor of his life and the music business in St. Louis.   “
Post a Comment
Read more 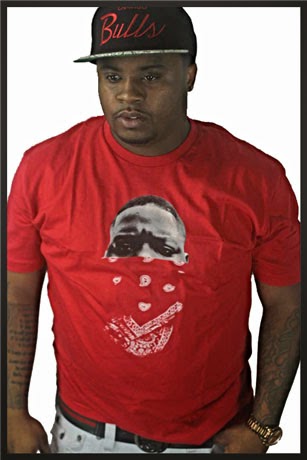 Jeff Chi “ Chicago ’s Rising Artist” (Q&A)   Q. What does the word consciousness mean to you? A. To me, consciousness is knowing and understanding what’s going on around you; it’s our unique view of life as our mind perceives it. Q. When did you realize that this art form was something that you wanted to pursue? A. I always had a strong passion for music and I’m a strong believer that ‘music is the soundtrack of our lives’. (As a hobby and outlet), I started writing years ago experiencing a few hip-hop showcases (as a fan). Towards the end of 2012 sparked my interest in sharing my written words with others. Soon after, my closest friend Court noticed me writing a lot and took the initiative to assist me in setting up a legit home recording studio, planted the seed, nurtured it and it flourished into what it is today. Q. What makes your style different from any other artist? A. Basically, I feel my style is different from other artist because it’s organic
Post a Comment
Read more
April 17, 2014 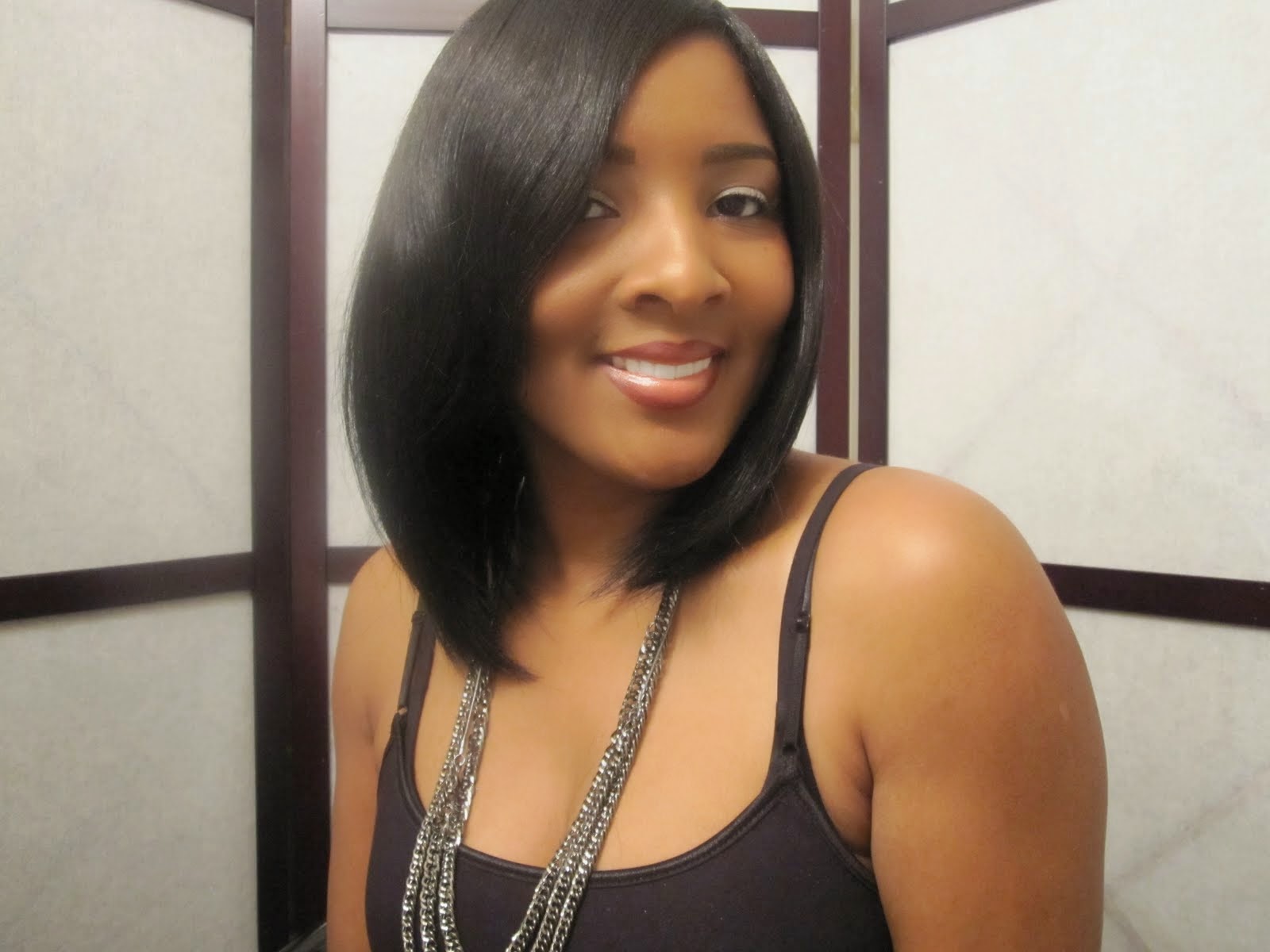 Ateya Richard Interview with Consciousness Magazine Interviewed and written by Aaron Robinson - editor Aaron Robinson: Tell us a little about Ateya Richard? Ateya Richard: Very simple…I keep God first in all that I do. I love my family. I come from a family with Southern Accents and BIG hearts to go along with it. I just love people. Aaron: What was your interest or inspiration to starting your own show on YouTube? Ateya: Well, I wanted to do makeup on the side as my second job.   So, I googled makeup and the rest is HISTORY! Aaron: Was empowering women about various tips and topics on hair something you always wanted to do? Ateya: I didn’t think about that at all when I started. I always wanted to be on TV, so this was the next best thing. And with that came a huge campaign with Motions Hair Care and I will be forever grateful to Brand Assert Group, [and I thank] Chris Lighty for that blessing. Rest in Peace Chris. Aaron: Besides hair, what are som
2 comments
Read more 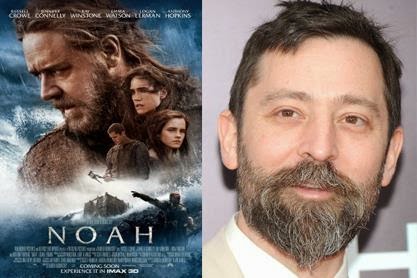 A Conversation with Ari Handel about the Movie “Noah” Interviewed and written by Aaron Robinson – Editor   Once as a Neuroscientist and now one of the industry’s most profound film producers and writers of our time, Ari Handel has achieved many accomplishments to be proud of. Handel has been responsible for producing films such as “The Wrestler”, “Black Swan”, and “The Fountain”, as well as co-writing and producing “Noah”, one of the biggest movies of this year with producer, film director, and screenwriter Darren Aronofsky.   The movie “Noah” is based off the biblical story of the man Noah who was chosen to pursue and undertake a great mission by the creator to rescue mankind and species from an apocalyptic flood that cleansed away the wicked from the earth. This epic story is also of courage, sacrifice and hope, having to be known as a deeply moving and profoundly spiritual story of meaning.   “Noah” was recently released on the date of March 28 by Paramount Picture
1 comment
Read more 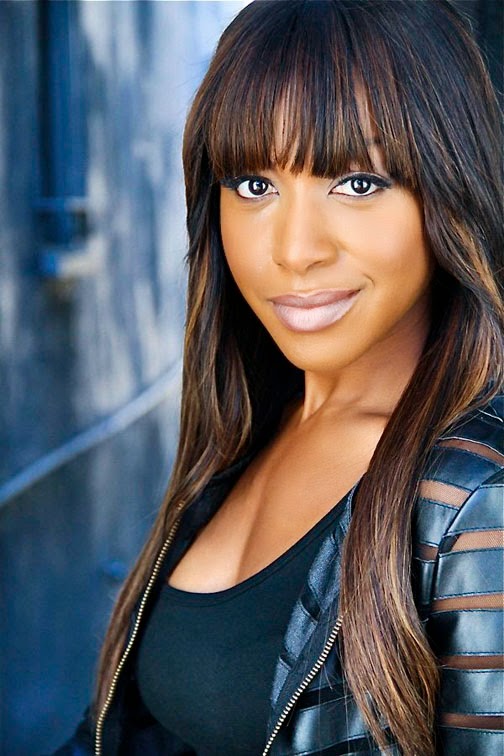 Gabrielle Dennis Starring role in the film “Black Coffee” Interviewed and written by Aaron Robinson – Editor Talented, intelligent and beautiful are only a few words to describe the charismatic and enthused actress Gabrielle Dennis when it comes to her caring out her love and passion for the art of acting and writing. Over the years Dennis has played in numerous of films such as He's Mine Not Yours, Bring It On: Fight To The Finish, and Politics Of Love as well as played recurring roles in television series such as The Game and Blue Mountain State. I was able to speak to Gabrielle Dennis about her recent role in the new film Black Coffee a film written and produced by Mark Harris, released by Image Entertainment that’s now available on DVD and digital download. In the film Dennis plays alongside amazing talents such as Lamman Rucker, Darrin DeWitt Henson, Christian Keyes and Erica Hubbard. Here is what the sensational actress had to share about her new role in Black Cof
Post a Comment
Read more 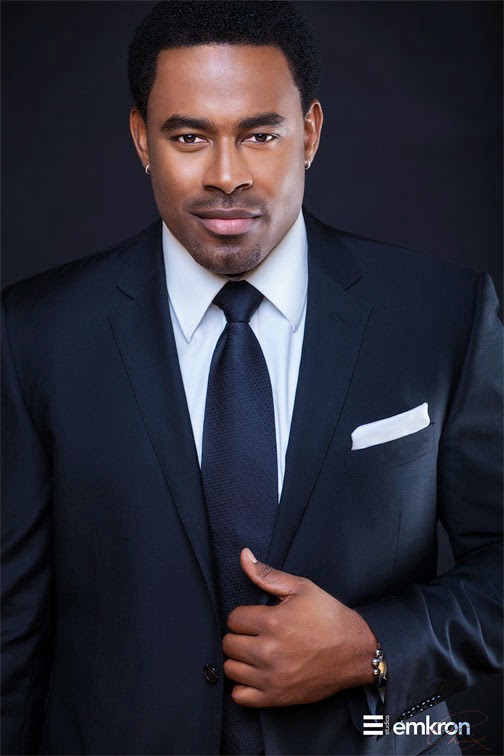 Lamman Rucker “Empowering the World through Art and Entrepreneurship” Interviewed and written by Aaron Robinson – Editor Over the course of Lamman Rucker’s career he has created a substantial amount of opportunities for himself in regards to achieving his goals to become a household name, starring in some of the most memorable and well-known films in our time. Many may know Rucker for his roles in films such as "Why Did I Get Married?", “Why Did I Get Married Too,” and the television series Meet The Browns, just to name a few. Women love him for his charm and looks, whereas men, young or old respect him as a role model as he leads by example. Meeting Rucker, one will know beforehand that he is a man of integrity and class, filled with a colossal of intelligence. Last year I (Consciousness Magazine) had the privilege to interview the actor, activist and entrepreneur who shared with us his experience working with the Thurgood Marshall College Fund in the South Africa
Post a Comment
Read more

Eric and Maleka Beal of BetterChoices 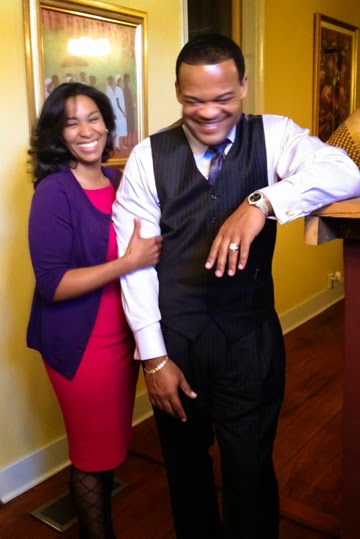 Eric and Maleka Beal of BetterChoices “Making one better choice at a time” Interviewed and written by Aaron Robinson - Editor   Maleka and Eric Beal When Eric and Maleka Beal packed up a couple computers and their two loving children to leave New Orleans for a hurricane evacuation they never realized that their life would change forever. While staying at a Houston hotel in Texas for a couple of days, they both would later watch the news, becoming surprisingly informed that they couldn’t come home due to their home and town being flooded by 8 feet of water. Unfortunately, they lost everything due to Hurricane Katrina. Because of these unlikely circumstances taking precedence in their life, such as unhealthy eating and thoughts that lead them to make the wrong decisions; they would eventually overcome the horrible devastation and later make choices to better not only their lives but others as well. “We bounced around to 3 hotels and lived in the last one for three mon
Post a Comment
Read more 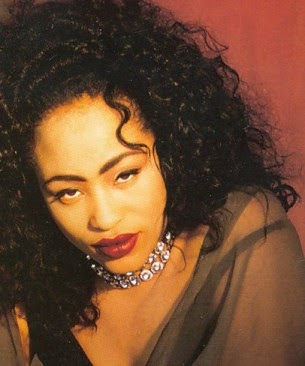 Miki Howard - I Choose To Be Happy (Interview) Interviewed and written by Aaron Robinson - Editor   When I think of all the beautiful love songs and ballets of Miki Howard, from listening to her music at a young age, there it was no doubt as a teenager that one would either fall in love with someone they were dating, dreamed about love from having a crush on someone they liked or either wanted to experience what love was.   Miki Howard released more than 10 albums over the course of her career. The Grammy-nominated artist catalog speaks for itself, as she has memorable songs such as “Come Share My Love”, “Ain’t Nobody Like You”, and “Love Under New Management”, just to name a few.     After interviewing her multi-talented son several years ago, I knew the time would eventually come to have the pleasure and honor of interviewing and speaking to one of my favorite powerhouse entertainers, Miki Howard. For those who don’t know, Howard is a woman filled with plenty of hum
Post a Comment
Read more 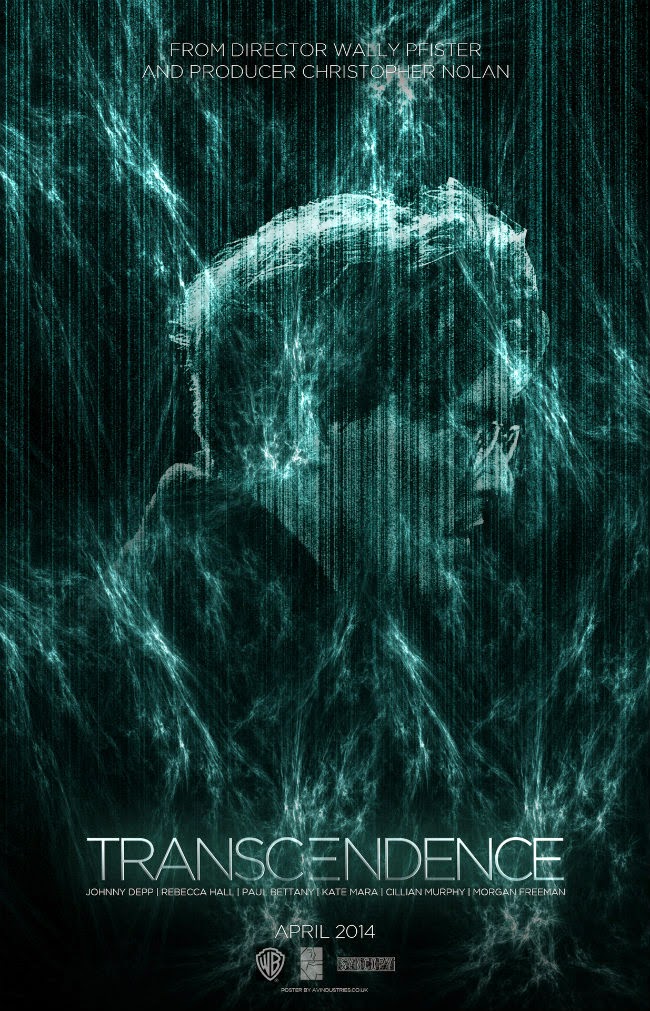 TRANSCENDENCE, the movie Do you think that technology is affecting your everyday life, controlling your life, such as our decision making, opinions and views of the world? Do you ever think about what type of world this would be if there wasn’t any technology? Picture this! If you are old enough to remember, how would the modern day world exist if we still had telephone booths on the street corners without having cell phones, or if we all indulged in playing physical games such as chess and checkers with family or friends before technology gave us a way to now play with a partner around the world. Moreover, the list goes on and on merely allowing us to be at the mercy of technology. I ask the question, would we still be human enough after our human capabilities are merged with technology as the worlds artificial intelligence takes over? These questions and thoughts came about after looking at the trailer and clippings of the sci-fi drama TRANSCENDENCE, which will be brought to
Post a Comment
Read more
More posts