Showing posts from April, 2020
Show all

Robert "Kool" Bell and DJ Prince Hakim Interview with Consciousness Magazine Interviewed and written by Aaron Robinson [IG @iamcomprehend ] Founding member of the legendary Pop/R&B group Kool and the Gang, Robert “Kool” Bell continues to reveal the availability of his elegant champagne, Le Kool Champagne where he is in a partnership with the House of Bertholot, France's longtime vineyard, due to the result of a 2016 meeting between him, his partner Mohamed Morretta and Valerie Berthelot. This new champagne has an amazing taste and is made up of 80 percent Pinot Noir and 20 percent Chardonnay. Over the course of Kool’s career, with the seven-time Grammy award-winning and multi-platinum-selling group Kool and the Gang, they have earned many American Music Awards and sold over 80 million albums worldwide. Some of their hit songs include “Ladies Night”, “Get Down On It”, “Jungle Boogie”, “Fresh”, and the world known song “Celebration”, which marks its 40th y
Post a Comment
Read more 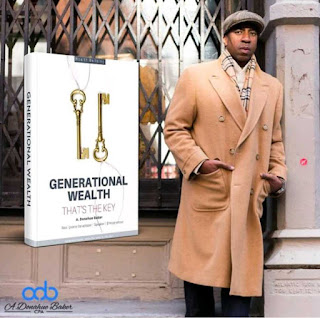 Donahue Baker “Generational Wealth” Interviewed and written by Aaron Robinson  [IG @iamcomprehend ] When Grammy nominated music producer Donahue Baker invested in real estate, it not only changed his life for the better but for others around him as well. Today, as a successful Real Estate Developer, C.P.A., Generational Wealth Motivator, and founding member of Inner Circle, LLC, he not only owns over 500 residential and commercial rentals nationwide, but also travels around the country to share his inspiring and powerful story changing the lives of many entrepreneurs and providing real estate opportunities to many people. He discusses more of this in his new book “Generational Wealth: That’s the Key”. When it comes to real estate developing, Donahue is also working with Ras Baraka, the mayor of New Jersey. He is passionate about his community and is involved in many initiatives, supporting many causes that make a change and difference in society . As the world is being a
Post a Comment
Read more

You're Pretty... For a Dark-Skinned Girl 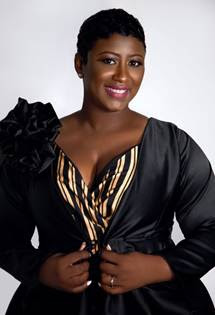 You're Pretty... For a Dark-Skinned Girl By Cloe Luv "You're pretty for a dark-skinned girl." That was the comment that defined my early life, to which I would typically reply, "thank you." I offered the reply of “thank you” quite generously up until my mid-twenties.  Growing up, every image depicted around me gave the message that most dark girls were ugly. So, when people would say, "You're pretty for a dark-skinned girl," I took it as a compliment. Why? Because I felt that most people didn't expect to find beauty in dark-skinned black girls, so when they claimed to find beauty in me, I actually felt flattered. All was well in my little bubble. "I was a prize," I thought, despite being born with dark skin.  After all the derogatory comments I heard about my complexion throughout childhood, it felt like a step up from being told by my darker skinned grandfather that I was "nothing but a black bitch." S
Post a Comment
Read more

Aaron Robinson How I Rose From Abject Poverty 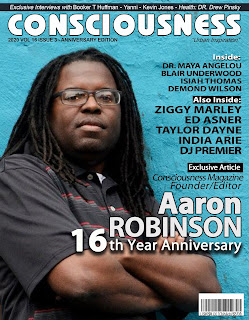 How I Rose From Abject Poverty "Consciousness Magazine 16th Year Anniversary" Established 2004 Written by Aaron Robinson  [IG @iamcomprehend ] As I sit back in my office chair, I begin to reminisce about some of the obstacles and challenges I went through. Going through these stages were long lasting, inspiring, artistic, and unpredictable. In most scenarios, these unpredictable events would seem to have had a negative impact on my life, but instead, led me down a righteous path that has always had a happy ending. If it weren't for these challenges I may have never developed my skills in fine arts and recording rap and hip-hop vocals. When these talents were combined with my social, interpersonal, disciplined, and leadership skills, the innovative "Consciousness Magazine" was born. Consciousness Magazine wasn't an overnight realization; it took nearly a year of strategic business planning after graduating from Columbia College Chicago and li
Post a Comment
Read more
More posts