Interviewed and written by Aaron Robinson (Editor) and Tocarra Eldridge 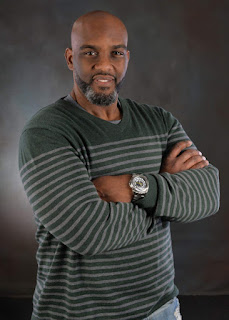 It wasn’t only network level marketing that changed the life of author, certified fitness trainer, and motivational speaker Marlowe Whitlow, but more so his determination, persistence, perseverance and drive to live a healthy life. Weighing nearly 500 lbs, the strong-minded Whitlow came to realize that living for his family and loved ones was a priority after years and years of trying to lose weight to get fit. Whitlow is proof that an individual can overcome obstacles to follow their dreams and goals to not only to be an inspiration to himself but furthermore to his peers.
Consciousness Magazine had the opportunity to interview Marlowe Whitlow regarding his weight loss journey, his new book Half The Man I Was, and how he beat the odds of being a statistic of the streets and the drug game to becoming ultimately successful. Here is what the living prodigy has to share with the readers.
Aaron Robinson: About a year ago, you said you were going to write a book about your life regarding how you lost so much weight and now here we are with the physical copy. What type of gratification or accomplishment is that for you?
Marlowe Whitlow: It is a wonderful accomplishment! I was actually working on it for two years – putting it off and on by doing different things and jobs, and not really having the time. Now actually having a physical copy, when I got the first book proof, I pretty much cried. It’s just a wonderful moment to actually see my dream come to a reality.
Tocarra Eldridge: For those individuals who are struggling with weight loss and having a challenge sticking to their new lifestyle or regimen, what advice would you give them to follow thru with their goals?
Marlowe: No matter what is going on, no matter what other struggles you are going through, you need to continue on. People fall off, but it’s natural. You have to learn to just keep going on. You just can’t fall and say “I messed up now I might as well quit!” People quit too early. You can’t get to the goal if you quit. I’m still trying to work on where I’m trying to get to. I stayed at nearly 240 pounds for the last two years. So, just keep on and keep moving no matter what.
Tocarra: Do you have a cardinal rule of nutrition that you follow or live by?
Marlowe: Yes. The cardinal rule is meal replacement. That’s one of the things I do to offset some of the extra calories that I take in. Meal replacement has been a part of my life for 3 years now. I was with a company before in the past. Now the company that I’m with now, I’m actually a sponsored athlete. I really didn’t do any sports or anything; because of my 270 pound weight loss, I guess it’s a sport within itself.
Tocarra: What would you say is the most important factor in your weight loss? Would you consider it to be a change in mindset, eating habits, exercise, a combination or something else?
Marlowe: It’s a combination. Mindset is very important. I never get too far gone if I find myself falling off. Literally, if I get on the scale and I see an extra ten pounds, I’m kicking it back in gear. I’m so into it; it’s like an obsession for me [to exercise]. I’m obsessed with staying healthy. Let’s just be real, if someone lost 270 pounds, if they gained that back, you had to really get off of your game or your mind really had to be going through to get up to 270 pounds. [I can tell if you gained] maybe 20 or 30 pounds. If I gain up to 100 pounds that would be ridiculous after all that I’ve been through.  And the way I feel right now and the things that I can do, I’m just happy where I’m at.
Aaron: What would you say to those people who are trying to lose weight and trying to stay positive, however have a challenge doing so?

Marlowe: You have to remove the negative people and entities in your life. Negative people will drag you down. And even when you do whatever you do, if you allow what they say about you stop you from moving forward – I can’t say that you’re just as bad as them, but at the same time, it makes for a bad situation if someone is dragging you down and you stop what you are doing. When you take a look in the mirror, those people don’t feel confident about themselves, that’s why they are trying to bring you down.
Tocarra: How did you manage to integrate your healthy lifestyle and alter your eating patterns while being amongst peers who may not be making changes such as yourself?
Marlowe: I just feel good about what I’ve done. I can’t allow other mindsets to control the way I think. I make more positive choices. You have to lead by example. If you don’t lead by example, you can’t expect someone else to follow. I’ve been around plenty of people who eat what they want to eat. A lot of people are like, “well I’m eating this just for my cheat day or cheat meal”. It’s your body, and my body is my body. I just decide to make healthy choices for me because that’s what I want to do. If they don’t make that decision, well, then that’s on them. Some people say, “I don’t want to be around him because he does this right and does this right.” I’m not judging you, you do what you want to do and I’m still going to do what I want to do. I’m not going to stop it.
Tocarra: You are an advocate of healthy eating, as you just spoke about. Many people complain about how expensive organic foods are. What advice would you give these individuals to help change their mindset and realize good health doesn’t have a price?
Marlowe: Well, if you don’t eat right, the ultimate price is a box. And your family has to put you in that box. And you can no longer earn an income or have any money. So, it doesn’t matter if don’t decide to do right because the cost of it is death. If you can prevent death from happening so soon, then why not do that. There are plenty of options out there right now. Aldi is probably the top one right now. You can really go get a lot of healthy and organic things from Aldi and the price is really low. When you’re eating more organic or what Big Mama use to grow in the backyard – that’s what organic means, what Big Mama use to grow without pesticides. You can reach those goals and do what you have to do. It’s not really as expensive as people may think it is. You can get a whole lot of fruit for a little bit of money. A 5 pound bag of rice would probably cost you a dollar. Rice is a carbohydrate, but you still have to learn how much to eat. There isn’t anything wrong with a potato. It doesn’t have anything that would harm you, it’s what we do to the potato…deep-fry it, dip it in ketchup or put sour cream, and cheddar and cheese on top of it.
Aaron: Going back to your book Half The Man I Was, what would you like the readers to take away with them after reading? 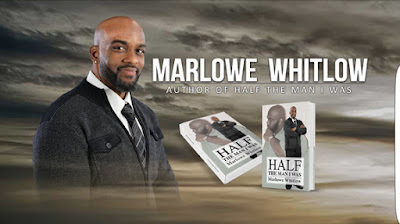 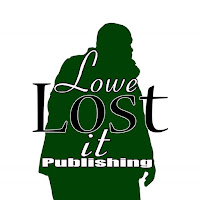 Aaron: Is there anything that you want to add before we conclude the interview?
Marlowe: Truthfully, there are a lot of things that got left out in the book that are a little more detailed, such as stories I can tell about when I was in the drug game and when I was in the music industry. They would make for a good motion picture. I didn’t outline that as big as I did the things that are more positive with my life now. I would like for you to read the book. It’s a pretty easy read. Thank you for the interview!


For more information on Marlowe Whitlow or to purchase a copy of
Half The Man I Was please visit www.halfthemaniwas.com