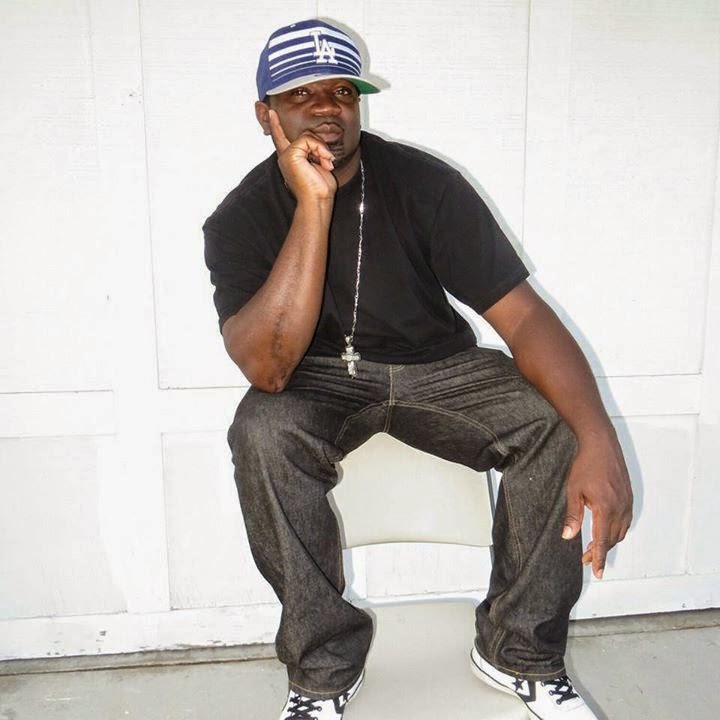 Sir Dolla, hip hop artist, songwriter and Vice President of Blaxivory Records continues to leave an impression on his fans and listeners by giving them something great to listen to. Over the years, Sir Dolla, the Louisiana native by way of California has released numerous albums and mixtapes. His accomplishment of having his song “24's on my Chevy” remained #1 on the billboard for a month is just a portion of his achievements.

I (Consciousness Magazine) had the opportunity to interview Sir Dolla. Here is what he had to share regarding his new project and latest happenings.

Aaron Robinson: What was your inspiration in wanting to rap?
Sir Dolla: I try to be different. I just wanted to do better for myself and my family.

Aaron: How would you as an artist describe the West-Coast music scene of today?
Sir Dolla: Seems as if we are in a slum right now. We gave a lot to the world to run with. After hearing other genres of music that come from various artists, they kind of feed off what the West-Coast have given. So in that sense we are still alive. We are in a new movement with a bunch of new youngsters taking a platform to move to the next millennium or so, along with myself. No matter what’s the outcome we always come back out.

Aaron: You are a businessman who operate and run a record label. As an artist is it a challenge separating the business side from the artistry?
Sir Dolla: I enjoy both. Being the Vice President of Blaxivory Records/ Warner Music Group, it’s a new light of looking at the music industry as a whole. I don’t find them to be difficult at all. I find myself having more input.

Aaron: For those listeners who would say that your lyrical content may have negative elements or glorify material items, what would you say concerning that?
Sir Dolla: If you listen to my music - my music it is faily clean. I do keep the lyrics edginess for the streets. I understand what the streets want and like. I try my best to realize and know that these younger people are listening to me. I try with the best intention as possible to make [my music] for all people and ages to relate to.

Aaron: Would you like to tell us a little about you latest project?
Sir Dolla: I have three singles being released with Bungalo Records/Universal Music Group. The latest project that I’ve done is with Tate Music Group out of Oklahoma, it’s titled Dolla 4 Dolla. It’s a fun project! I have people calling and telling me this is the first hip hop CD in a long time that I can listen to with my kids, my grandmother, my wife and myself without having to turn down the volume, because of the content of the lyrics. This is a CD that we can all enjoy. I’m feeling real pleased to get comments like that.

Aaron: Do you have any collaborations with other artist on the album?
Sir Dolla: There are a few artists I’m working with on this. T Berry, he’s a Miami producer who worked with Rick Ross and Plies. He worked on my second single “Money On My Mind.” Then I worked with Veezy out of Texas. This guy is an engineer. He worked with Johnny Gill and Keith Sweat, those type of artist. The first single I have on my album is called “Big Boy.” I worked with a good friend of mines from Lancaster, California; his name is Ahmauta. [He worked on] my third single called “Angel” along with my cousin, Tristan (owner of Track Animator), from Texas. And I also have a few of my local artist. I’m trying to get them a break as I’m running my journey.

Aaron:  What advice would you share with artists who are looking to make rapping their career and want to be a part of the music industry?
Sir Dolla: I’ll tell anybody nowadays, it’s bigger than just being an artist. Learn the music and learn the business. When you sign those contracts with labels and these sponsors, you’re not signing as an artist, you’re signing as a businessman. It’s important to learn your points and percentages and know what’s going on around you so you can have longevity in this business.

Aaron: Would you like to add anything else before we close the interview?
Sir Dolla: I would just like everyone to look out for the name and keep your eyes and ears open for Sir Dolla. You’ll be amazed by the music that you have been missing.