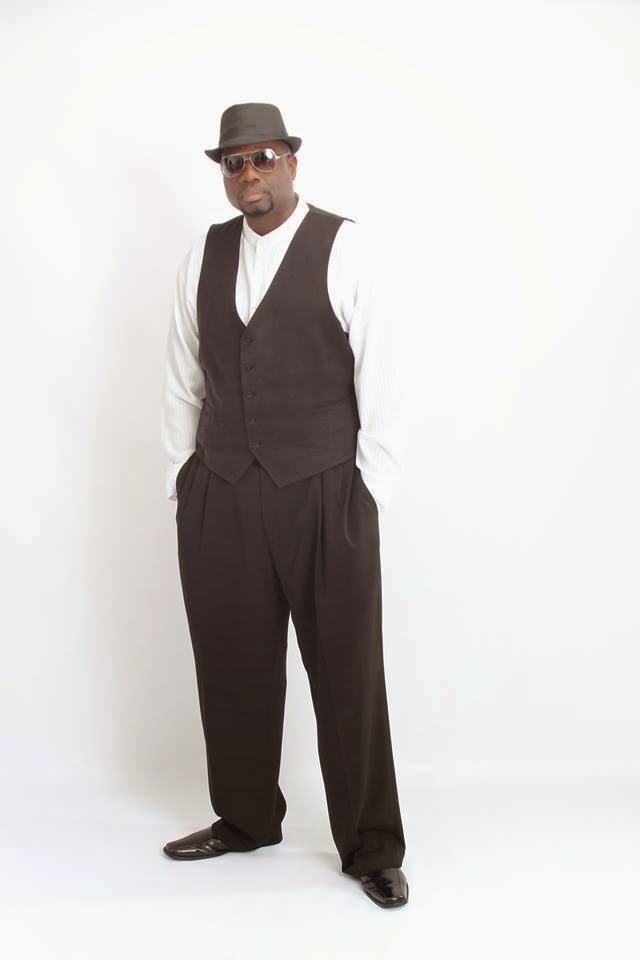 Unique in style and delivering hot lyrics is just a part of what Just Biz, born James Brinkley, displays to his audience as an amazing MC. Standing confident and tall over the skyline, the gifted and prolific artist has earned his title as a dope MC in his own rights.

At a young age he was inspired by artist such as LL Cool J and Run DMC, influenced by listening to songs such as Run DMC’s “Raising Hell”, and LL Cool J “I’m Bad”.  “My goal is to give the world a memorable CD, which will be my resume when I ghost write, help develop new artists, and unite with the on several projects.”

Here is what Just Biz had to share during a recent interview with Consciousness Magazine.

Aaron Robinson: When did you realize MCing and rapping was something that you wanted to do?
Just Biz: My early time as a teenager I was already doing poetry around the age of 11. I was actually probably battle rapping around 12 years old.

Aaron: Many artists are usually dressed in hip hop attire, but your attire is mainly the wearing of casual clothes, making you, look smooth and suave. What’s the reason behind this?
Just Biz: It’s my look. I consider, you know, a lot of Mc’s are either in a thug or gangsta category. I grew up on both sides, this is my character. I’m considered a gentleman. I know mainstream society and I know the street. You know, if you want to direct the traffic you gotta look the part.  That’s usually what you would get a lot of from me. I have my days where I break it down. But for the most part, that’s me.

Aaron: What do you think about the state of hip hop of today?
Just Biz: Starting out, I was definitely very critical. I had to remember evolution is just that, everything that you dig in style does come back. If you loved hip hop back in the 80’s - hip hop was the high top fades and the polka-dot shirts. All of the stuff from back then is coming back now. It’s one way to look at it, but it’s not the way you want it, but at the same time it’s still growing. If you still have MC’s that are mainstream – what’s hip hop about – the heart of hip hop, so it’s definitely taking a turn but it’s like anything else.

Aaron: As an artist, what do you believe have been some of your greatest accomplishments?

Just Biz: Communication, the ability to keep my head up, to vent in a mannerism which is accepted – is healthy. It’s turning the negative into a positive in a poet sense so that it’s a connection to all races. Hip hop is everywhere.  In most countries they love it [hip hop] more than the people who created it here. It definitely has a lot to offer.
Aaron: If you can give some words of encouragement or advice to aspiring artist, what would it be?
Just Biz: Don’t lose yourself in the process. It’s so many people…it use to be a compliment when you’re told you sound like such and such. When you kind of think of someone you sound like and you still maintain who you are and it’s actually a talent, that’s definitely one of the amazing accomplishments you can get. You always have artist you like. Just don’t lose that person that made you, that person that got you there. Obviously, as you rise to the occasion you gotta leave some things behind, you have to cut some things off. The root of what makes you a MC, don’t lose that.
Aaron: Do you have any current or up-and-coming projects you are working on?
Just Biz: I’m still working on this album that we decided to do…after I left the interview on [1 Love 1 House] it dunned on me of how I want to go about finishing this album. My album is going to consist of a lot of variety and difference. I’m going to take chances that haven’t ever been done or what haven’t been done correctly or haven’t been done at all. I have already have 5 or 6 ideas in the making. Then after that I’m going to display what I have out. I am going to start an internationally cipher, I will say in November, so I can just concentrate on my album. My producer definitely got people on standby for that cipher. It’s going to be 3 people from the UK and 3 people from here [U.S.] and I already got MC’s lined up here and ready to go. We’re going to do volume 1, 2 and 3 - as many as we can get out of that. I definitely have some hot artist. After that, I just want to stand in the background and grow with other people coming up.
Aaron: Before we end the interview, would you like to add anything in closing?
Just Biz:  Mainly, my whole purpose of maintaining hip hop, it’s never going to leave me, I’m tired of running from it – I just want to leave something behind that just says Just biz was here. In doing so, I just want a history of positive background. My resume reads just that: he came; he saw; he conquered and he left. You know, a map on ‘how to get it in’. If you listen closely to the wording in my music you would see that I’m not promoting the way most people would. I’m mapping out the way that I see it.