Showing posts from 2010
Show all

Known for his redneck jokes, Jeff Foxworthy has become one of the most successful and respected comedians in the country and is the highest selling comedy-recording artist in history. Many may know the Atlanta, Georgia native from The Blue Collar Comedy Tour, alongside fellow comedians Bill Engvall and Larry the Cable Guy. Foxworthy also starred and executive produced the series Foxworthy’s Big Night Out and Blue Collar TV. As a host of one of the biggest shows on primetime television, Are You Smarter Than A 5th Grader and as a New York Times bestselling author, the Grammy Award nominee proves that he is a well-recognized icon and sophisticated artist.

Mr. Foxworthy set some time aside to speak with Consciousness Magazine about his latest happenings, new children’s book “Hide!!!” and his passion for children.

J Ivy exclusive interview. Read what he says about hip-hop, empowerment and consciousness... 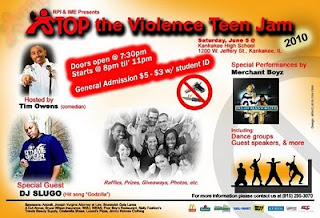 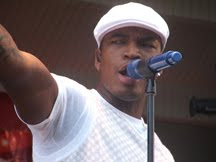 Grammy Award-winning artist Ne-Yo, along with R & B singer Keri Hilson, heated up the Grant Park stage at the Taste of Chicago. Consciousness Magazine had the privilege to take exclusive on-stage photos of the talented artists. The Chicago fans will get to see more of Ne-Yo when he comes back on August 21 to perform at the Chicago Theatre for Macy's Glamorama Annual Runway Show. 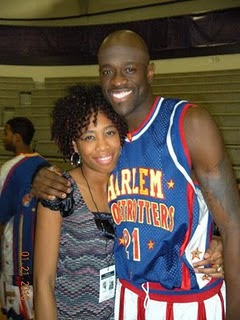 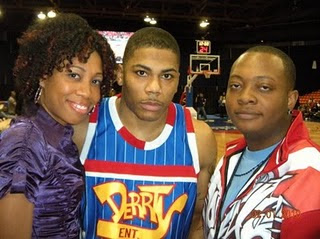 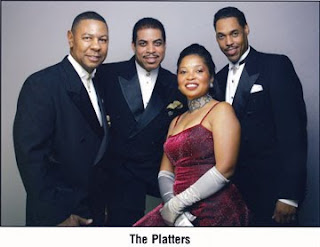 Fans gelled together to take a holiday ride to the past to celebrate The Holiday Hop that took place at The Center for Performing Arts at Governors State University, located in Illinois. The top chart-topping ’50s and ’60s groups, Cornell Gunter’s Coasters, The Platters and The Marvelettes brought down the house with oldies but goodies, leaving the crowd electrified. With non-stop performances, their songs were exactly like the audience remembered them on the radio nearly 50 years ago. The show was supported by Soul 106.3 FM.
Post a Comment
Read more

A woman of compassion, drive and creativity, Mozella Sullivan strives to inform her community and others about the issues that affect them daily. With a new platform, Consciousness magazine, she shines light on the subjects that have been forgotten and overlooked- awakening a new consciousness within all of us.


Who is Mozella Sullivan? I can say that I’m a person of compassion. I’ve always been the one to administer help to others, basically, giving of myself to those in need. I consider myself a very spiritual being a faithful woman of God. I feel that my gifts/talents and testimonies will aspire women all over the world. I’m a woman of character, paving the way and setting positive examples for others.

What is your heritage? Where are you from originally? I was born in Kankakee, Illinois and raised in a poverty stricken town called Hopkins Park.

This Is It Movie Premiere 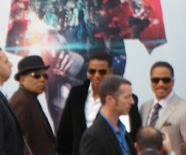 While in Los Angeles, California, Consciousness Magazine had the opportunity to visit the Michael Jackson’s This Is It Movie Premiere. Some of the present entertainers that attended the Red Carpet Event… Jermaine Jackson and family, Will Smith, Jennifer Lopez, Vivicia A. Foxx, and many more. 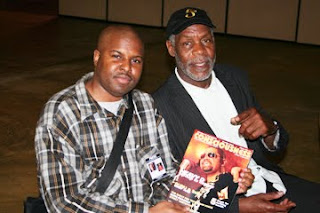 Inspirational Stories of Successful Business Owners Brought To You By Sharifah Hardie (An Interview with Aaron Robinson:Publisher/Founder of Consciousness Magazine) http://www.ebiz-professionals.com/

What is your business? We produce a bi-monthly publication named Consciousness Magazine. We focus on real life issues; entertainment and positive content that we hope will uplift, strengthen and give our readers insight. Our main goal is to touch the hearts of many in hopes that we can continue to make a difference in this world. We are a publishing company in the Midwest area that circulates magazines throughout the United States whether by subscriptions, online eBooks or various media and internet outlets. As a small business, we have our own in-house graphic design team, photographers, and writers. We also sub-contract with several business professionals to help make our product successful.

Why did you start your business? I started Consciousness Magazine to make a change and positive im…
Post a Comment
Read more 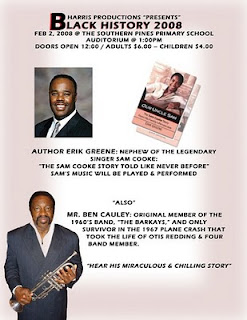 Elder Lee M. Harris and his wife, Valerie, will attend the fifth annual tribute to the late legendary singer, Sam Cooke, in Memphis, Tenn., the first weekend in April. Harris has been asked to speak at the event as a representative for Consciousness Magazine, a Chicago publication. "The family of the legendary singer sends their appreciation for the kind hospitality shown to their relative Erik Greene back in early February when he visited Southern Pines," says Harris.

A trip will be taken to Clarksdale, Miss., the birthplace of Sam Cooke, where the city of Clarksdale will honor the singer's name as a permanent yearly holiday. They will be having lunch at actor Morgan Freeman's Restaurant, Ground Zero. The trip will also include a visit to the legendary Stax Records Museum in Memphis. The Harris’s will be in company of Ben Cauley, the ex-Bar-Kays member who also visited Southern Pines, the Sam Cooke family, including Erik Greene, and the Rev. Al Green.
Post a Comment
Read more

Welcome to a New Consciousness www.anthro21.com

March 01, 2010
Consciousness Magazine is the creation of publisher Aaron Robinson. Based in Chicago with a growing readership nationwide, the magazine promotes health and wellness of the individual with the possibilities of overcoming one's challenges; messages that are certainly well received. Their most recent issue features legendary rap artist Heavy D (of Heavy D & the Boyz) on the cover pictured here. In the issue Heavy D explains how his Jamaican roots encouraged him to continue his musical career singing reggae.

This week we caught up with Aaron and asked him some questions about Consciousness:

So tell us, who was this magazine created for? Consciousness Magazine was created for every male and female who are interested in self growth, awareness, urban entertainment and informative information. In Consciousness Magazine, you will find that we profile interesting celebrities and social figures who are making a difference in society. We also, promote inspiration and place our interest on p…
Post a Comment
Read more 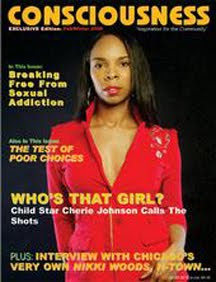 Consciousness Magazine is a five year old periodical from Chicago, Illinois. Founded in 2005 by CEO Aaron Robinson and Vice President Mozella Sullivan, Consciousness seeks to expand your mind by what else, raising your consciousness Packed with educational features, news stories, useful historical information, self-help topics, contests and more inside to keep the reader’s interest.

The black and white pictorial format should not discourage the reader to the fact many of the articles are submissions by many talented people across the country. Readers will find an interesting tidbit by Dangerous Lee; a heartfelt poem by the poetess Mocha Sistah, there are interviews of up and coming artists in the literary and music worlds, and then there are uplifting pieces about individuals making a difference in the community.

In one issue, Ms. Oprah Winfrey makes an appearance to Hopkins Park, IL catering to a disadvantaged community.I strongly suggest you subscribe to Consciousness not for its gra…
Post a Comment
Read more