January 18, 2015
Cuba Gooding Jr. plays the True Story of Eugene Brown in Life Of A King
[An interview with Eugene Brown]
Interviewed and written by Aaron Robinson-Editor

Today Brown is the Founder and CEO of The Big Chair Chess Club, Inc., a non-profit 501(c)(3), where he uses chess as a philosophy to teach the inner-city children lessons of life. The organization was founded and formed to reach the un-reachable and teach the un-teachable youth by instilling the motto, "To Always Think Before You Move." The organization not only teaches chess as a board game but also as an application for improving one's concentration and self-discipline, and  for one to acquire life skills.

Academy Award Winner Cuba Gooding Jr. will star in Life Of A King, a powerful and inspiring film that is based on the true story of Eugene Brown. Life Of A King is produced by Animus Films and Serena Films production and will premiere exclusively on Sunday, January 18 at 7 p.m. EST / 6 p.m. PST on UP Network.

I was granted the opportunity to interview Eugene Brown who currently teaches chess at Howard University Middle School in D.C., and recently launched a West Coast branch of The Big Chair Chess Club. Brown is also involved with a chess club among death row inmates at Raleigh’s Central Prison and is also hoping to start a Youth Chess League in his area. Here is what he had to share with the readers concerning the film Life Of A King, the game of chess and much more.

Aaron Robinson: What do you think of the film Life of a King based on your life played by Cuba Gooding Jr.?
Eugene Brown: I thought it was great. What caught my aspiration is that it was one of the lowest budget movies he has ever done. He was actually supposed to give it to an aspiring actor. He read it one weekend and said, “Man, I will do this myself.” When I spoke with him, [regarding] the fact that he needed a lot of my story, I was teaching chess in elementary school and was doing such a good gob that they wanted to pay me; I was just volunteering. When they sent me downtown they took my finger prints. That’s when they kind of had to let me go because I hadn’t been long come home from prison. I was selling real-estate at the time and I had a house I was going to sell. I turned that house into a chess house. He [Cuba] said “Man for God has begot, that’s so humanistic. That’s why I did this movie because we need more people like you.”

Aaron: You are the founder of The Big Chair Chess Club. Regarding this organization, what is your ultimate goal for this organization in the future?
Eugene: I think our ultimate goal is to see it in the entree programs, from the criminal justice all the way to school curriculums, into community based programs across the country. Not only that, but to also go international with the technique. A lot of these same problems that we face in our community, they’re worldly, global problems.

Aaron: Speaking of the youth, what do you believe are some untold theories and philosophies in the game of chess that kind of parallel with the real world that people barely mention or don’t say at all?
Eugene: I teach chess now at Howard University Middle School. One of the things I saw - I saw it at a direct view of assessing chess off of the board. I was talking to a guy. When I was speaking to him, someone outside of the classroom called him and was like “Jeff come here, Jeff come here!” He’s [Jeff is] getting ready to take off. So I said, “Ask him what he wants instead of just going there.” So he said “What do you want?” The guy in return said, “Just come here!” So I said, “Ask what he wants again.” He said, “What do you want?” And the guy said, “Just come here!” I said “Ask him what he wants again, so the guy went on about his business. I shared this because it’s just like we are playing chess and someone on the other side of the board is telling you where to move. You’re responsible for your own move. What if he had someone on the other side of the door waiting on you and he never told you what he wanted. Those are some of the things I parallel to chess. 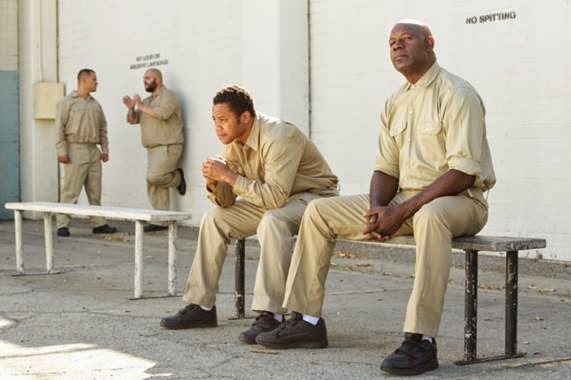 Aaron: Comparing the game of chess to the world, what do you believe is the single factor in this game that changed your mindset and life?
Eugene: Well the fact that I have accepted my kingship. Well, I’m the one that is responsible for the moves that I make in life - the decisions that I make and also for the decisions that I don’t make, which are the bad decisions. Make the next move your best move. I can’t point my finger at anyone if I don’t reach where I’m trying to go. A lot of times incarceration starts when you are not able to express yourself. You become inhibited. It’s a real struggle to have something going on inside of you and you can’t get it out. This is one of the things I see in chess, where I’m able to see the fact way ahead of time that I’m going to win this game.

Aaron: What words of encouragement would you share with young people who are looking to do the right thing in life but face obstacles and trials and tribulations doing so? 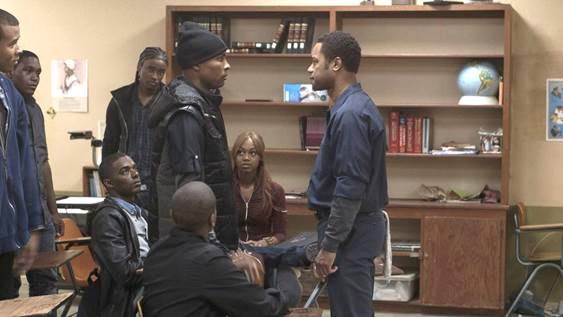 Eugene: Well, one of the things, they have to survive. You have these kids standing around these tennis shoe places…wrapped around them .You can tell where their values are. It’s a real process just to get to these kids. One of the things that helped us during the Superfly era, and I lived it. I mean with the cars, the cloth, the coats - the whole thing. How did that generation come up out of the Superfly era? Most of us had a point of reference without education. We knew at some point we had to start making our own decisions. A lot of these kids now, they don’t have the education to really come up out of this rap type of thing. So, what you’re seeing is a lot of intergenerational incarceration because most of the glorification - the glorified stories are coming from brothers that are coming home from prison. So this is becoming the ‘hood to prison pipeline’. This is the way they think they have to go.

Aaron: Would you like to add anything in closing Mr. Brown?

Eugene: I assess myself, if I’m looking at where I want to be. If I have a strategic plan and I’m not getting there, I know it’s nothing on the other side of the board that has caused it; it’s because of my thinking. Then I have to ask myself at one point, ‘Am I who I say I am?’ [Laugh] These are some of the things that gets me back on the move. If I say I’m the king, am I thinking like a king? If I say I’m the king, I’m going to have to show some king qualities. I use to blame a lot of people when I stayed in and out of prison. One guy use to always tell me ‘how do you think you got here’? I said, “This dude snitched on me.” I used every excuse in the book and finally I got down to the fact where he said, “Your thinking got you here long before you got here. You were locked up way before they put the handcuffs on you.” 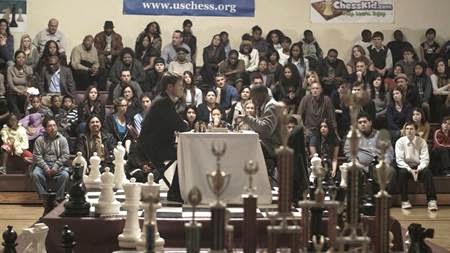 Aaron: Mr. Brown I thank you for your time. I thank you for sharing a hand full of wisdom and knowledge.
For more information about Eugene Brown and The Big Chair Chess Club, Inc., please visit bigchairchessclub.org and donate to a wonderful cause. Visit www.UPtv.com for more information about Life Of A King and its uplifting entertainment family film.