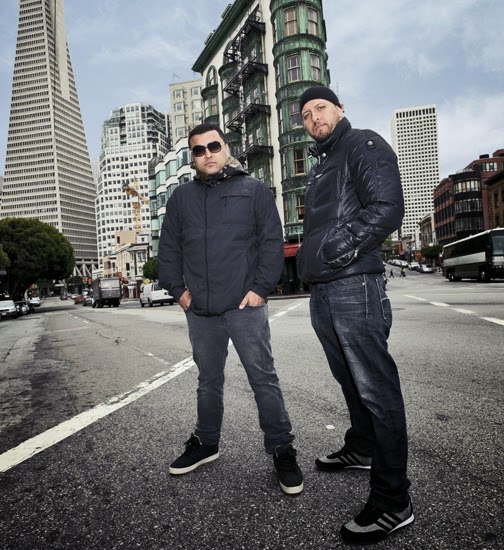 Q: What do you think separates Latyrx and its sound of music from other artist?
A: The intricate-ness of the writing. The political lean. The breadth. The diversity in the songs, music, and within the group. Oh, and Lateef!
Q: Having a 16 year gap time span in album releases, do you think your fans and listeners will embrace Latyrx the same as they did when you all released your first album?
A: That was the goal…to pick up where we left off.
Q: You both (Lyrics Born and Lateef the Truthspeaker) having solo careers as well as having a gap between your first and second Latyrx album, was it a challenge to have the same energy and chemistry to put together this project?
A: It was at first, especially for me I think, because I was so used to being a solo artist ever since then, but eventually we found a groove.
Q: You have a new album called The Second Album, what are some of the songs that you enjoyed working on that may leave an everlasting impression on your fans?
A: I think my favorite is Deliberate Jibberrish produced by Tuneyards. It’s just so unique. To me, it’s a classic extension of the Latyrx ethos. Wordplay, back and forth, nonsensical and fun.
Q: In an industry where music is steadily changing, where some commercial artists tend to abandon the true substance of hip hop, how do you stay grounded and true to yourself?
A: That’s a good question. I think I’m just now coming to grips with who I am as an artist and what I do best. As a tireless experimentalist, that can be difficult. The industry is falling flat on its ass, crashing and burning as we speak, so I don’t get too concerned about it anymore. We just do our thing.
Q: What advice or encouragement would you share with artists who are looking to make a living out of the music business?
A: Develop your sound and live show. Stay friends with producers and promoters, you will need them.