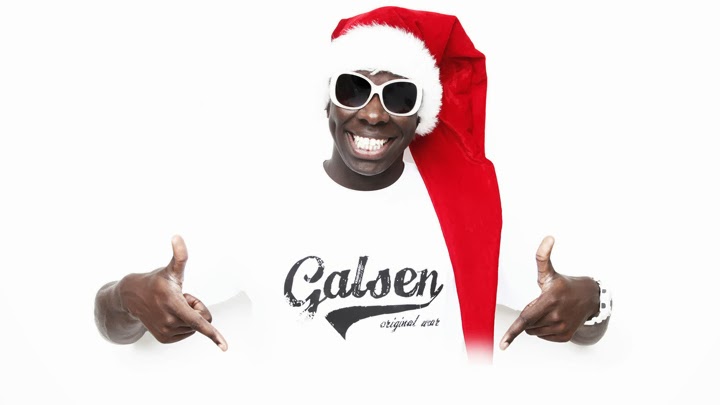 When Moussier Tombola, singer-songwriter-actor and comedian shared his internet video with Samba Kante, producer of the Samba Show, the sky was the limit. Following after, Moussier Tombola had the opportunity to have a platform on the show.
Today, the France based comedian has become an internet sensation, releasing his hit single LOGOBITOMBO which has reached #5 on the official French Singles Chart. It has been viewed by more than 75 million people, taking #1 on the physical sale during the last two years.
Consciousness Magazine had the opportunity to interview Moussier Tombola. Here is what the phenomenom and talented Moussier Tombola  had to say about his hit single, as well as his latest happenings.
Aaron Robinson: What was the inspiration or motive behind your new single LOGOBITOMBO?
Moussier Tombola: The title LOGOBITOMBO started from a commonplace bet between me and a friend. The bet was to create a song with a very simple choreography; I wrote and created it in 4 hours in a recording studio.
Aaron: Did you anticipate LOGOBITOMBO doing so well?
Moussier Tombola: Not at all. Nobody expects such a success, that falls you above like that! Overnight I saw friends and unknowns sharing my video on Facebook, YouTube and other social networks. I expected it not at all, as far as I like being delirious and hate taking myself seriously.
Aaron: Your international tour lasted for 2 years. How has that experience been going for you?
Moussier Tombola: This experience continues because I am always on tour all over the world; I meet men, women, children, grandpas and grandmas who have a completely different culture from yours but who have a thing in common with you.

This choreography!
I find that extremely enriching humanely speaking and when we say that the music is universal, I confirm it 100%.
Aaron: You’re involved with Project Viva la vida with Eco Emballage, as well as the Samba Show.  Would you like to tell us a little about those projects and others that you are working on?
Moussier Tombola: Viva la vida is a song that I wrote with the cooperation of ECO-EMBALLAGES (ECO PACKAGING). The purpose was to write a song on the importance of the sorting today, to be able to affect the young audience on this subject while enjoying. We’re going to make concerts free in districts to be able to meet people.
Samba Show is an entertainment which makes an appointment with the public every 6 months to discover talent. Its 3 hours of humor, singing and dance in a friendly and very family atmosphere. Recently we played the Casino de Paris and Les Folies Bergères (two famous French theaters) with a conquered public.
Aaron: Can we expect more projects from you in the near future?
Moussier Tombola: Yes my album “LE RETOUR DU DERNIER DE LA CLASSE” (in English: The return of the last one of the class) is always available. I am working on my one-man show with my rhythm. I am not in a hurry and I continue my tours in France and all around the world.
Aaron: What advice would you share with children who want to be a comedian when they grow up?
Moussier Tombola: I would tell them to make what they want to make, to believe in their dream until the end, and I would quote them the tune of my single:
"LA VIE EST UN COMBAT" :
MEME SI T'EST FATIGUÉ TRAVAILLE JUSQU'AU SOMMET/
NON FAUT PAS LACHER FAUT FONCER ALLER JUSQU'AU BOUT/
MEME SI T'ES FATIGUÉ PREND SUR TOI ET LEVE LA TETE/
REGARDE AUTOUR DE TOI LA VIE EST UN COMBAT
(in English:
"The life is a fight":
Even if is tired to you worked up to the summit/
No break you just have to rush to go up to the end/
Even if you are tired, takes on you and raises the head/
Look around you the life is a fight
Aaron: Would you like to add or share anything else before we close the interview?
Moussier Tombola: Yes… my father doesn’t understand my job and he always believes that I am going to deliver presents when I leave for concert. Is there someone who can explain to him?...Thank you!
A SALAM ALEYKOUM ;) !