Hattie Kauffman encourages others with Falling into Place: A Memoir of Overcoming
Interviewed and written by Aaron Robinson 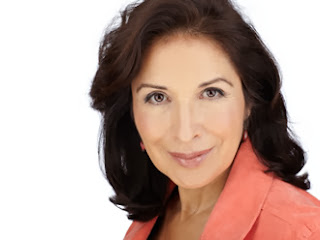 Hattie Kauffman is a four-time Emmy award-winning news correspondent who has  reported for CBS This Morning, The Early Show and 48 Hours, just to name a few. When her life unexpectedly begins crashing down, she keeps her faith in God while trying not to relive her traumatic childhood.

Kauffman is also a proud member of the Nez Perce Tribe of Idaho, as well as a speaker and writer who has been the first Native American to ever file a report on a national network news broadcast. Recently, Kauffman has published a remarkable and marvelous memoir, Falling into Place: A Memoir of Overcoming, where she shares vivid and unforgettable real-life stories with the readers. Here is what she had to share during a recent interview with Consciousness Magazine.

Aaron Robinson: What was your inspiration to releasing the memoir Falling into Place: A Memoir of Overcoming?
Hattie Kauffman: My siblings and I went through so much in childhood, that even as a young adult I realized our escapades might make a book someday. Over the years, I started and stopped several attempts at telling the Kauffman kids’ adventures. Usually what interrupted me was my career because as a network news correspondent I was constantly traveling. It wasn’t until I was over fifty when an unexpected divorce left me so shaken that it seemed the ground wasn’t stable under my feet. I realized this ‘shaken’ feeling was familiar --- I had felt it in childhood. That’s when the book suddenly began to take shape.

Aaron: At a younger age, you escaped abject poverty. How did you overcome that notion?
Hattie: We escaped poverty by working super hard. When I was fifteen I claimed I was sixteen so that I could get a job and I’ve basically been working ever since. When I was seventeen I started reporting a five minute radio broadcast. It only paid 2 and a half hours a day, that’s how much time the radio station figured was required to put together five minutes of airtime. But I did it, happily. Every one of my siblings has worked hard.  I think the hungry, ribs-sticking-out, years of our youth spurred us on.

Aaron: While in your career, coming from a traumatic childhood and living in poverty, did you ever experience a sense of feelings of not belonging or fitting in with others at the network?
Hattie: Yes, often I felt that I didn’t measure up to my colleagues. Working in television has glamor to it. Maybe it’s the chance to interview stars and important political leaders or maybe it’s the possibility of becoming famous oneself…but for some reason it is a career that attracts people who don’t even need a job. They’re there for the pleasure of it. I often had co-workers who didn’t have an economic need to work. They were well off, went to Ivy League schools, and took fabulous vacations, and so on. During all of my years on the television, I kept my childhood history of hunger to myself.

Aaron: In regards to your memoir, what would you like to instill in your readers when they read Falling into Place: A Memoir of Overcoming? 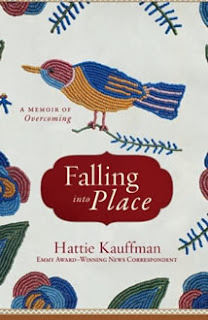 Hattie: I hope that my readers come away from the book inspired. It’s more than a rags-to-riches tale about a successful climb out of poverty. My book examines the poverty of heart that I didn’t even know I was walking around with. All those years I thought I was making it on my own, and yet, what I was building wasn’t real. The absolute adventure in Falling Into Place is the discovery of what was right there before my eyes all the time but that I’d been too blind to see.

I think it might help people. In fact, I know that it already has. I am getting emails, texts, and Facebook posts from readers who tell me the book has given them encouragement and hope.

Aaron: Over the course of your career, what has been one of your most memorable moments as a news correspondent that sticks with you everyday of your life?
Hattie: I describe it in my book. I was working for Good Morning America and our assignment was to do a story about the thirty-thousand people who manage to survive by scavenging in the garbage dump of Mexico City. When we got out of our rental cars in this massive shanty town that surrounds the dump, we were swarmed with hungry children. Maybe their skinny brown arms reminded me of my own childhood…I don’t know. But our experience that day has been imprinted in my memory and out of the thousands of stories I covered in three decades as a network news correspondent that is the one that I will never forget.

Aaron: What words of encouragement would you share with individuals who are going through tough times and struggles in life, thinking they have no way out?
Hattie: Pray. I hope that doesn’t sound flippant.  There is no question that life is hard and often unfair. I know what it’s like to want to give up --- when it seems there’s no way out and you’re all alone. But what I’ve learned is that we’re never all alone, even when our best friends desert us…when family, spouses, bosses turn their backs…when it seems the whole world has cast us out. Even then, we are not alone. God is there.

Aaron: Would you like to add anything before we close the interview?
Hattie: Yes, I want to thank you for talking to me.