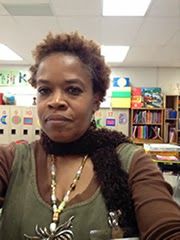 In society there are those that use their gifts and talents to the fullest to reach their creative ethylene and unfortunately there are those who do not that eventfully fall by the wayside. While researching and viewing the visual artwork of Lurlynn Franklin I was amazed to find what I discovered, as her phenomenal artwork and poetry left me mesmerized.
Franklin is also a published poet and playwright who produces remarkable writing. She has a wonderful collection of her paintings and poetic essays in her recent book entitled Fabled Truths. “Combining visual art with poetry has never been a far stretch for me.  In my art, I am injecting words, carefully choosing the titles of my art pieces before I can even begin to paint, literally having to work through content before injecting it into my visual work,” says Franklin.
Franklin is one of the most talented and creative individual’s that I have ever met. At the age of 16, she received her first paying job to paint murals. Feeling disconnected from the world and unable to resist her creativity she decided to take her gift seriously and pursued it. “To me, being an artist was a self-centered, ego-driven trip, traveled by people who had the gall to think that their journey was interesting enough to share. I never had the kind of swagger to pull that one off.” Despite her many peculiarities as a creative person, in 2008, Franklin had an epiphany at an art exhibition. “That event intersected my artistic gifts with my deep-seated desire to serve humanity in some utilitarian capacity. I remember thinking: “Now this is the thing. This is who I am: an artist.””
Many artists haveparti

cular elements of their work associated with them internally while adding a blend of social messages. Franklin explains her painting. “ I have this painting entitled Po’ Baby Lost in the 60’s which is a part of  a collection of poetry and story quilts entitled Colored Cartoons in Undeniable Blackness. Imagery: a soul sister with overblown afro, lips and nose wearing a red mini dress, sits Madonna- like in this lavender wingback chair holding up the peace sign, her baby boy in her arms, wearing an overblown fro holding up his own peace sign, lava lamp phallicly placed under the chair, a book shelf filled with radical lit and texts from the 60’s,” well-expresses Franklin as she highlights the description of her painting.
At Whitney Achievement Elementary School Franklin is a teacher. She also continues to display her amazing artwork at multiple galleries. The Memphis native received her Masters in Arts Education and MFA in Painting from Memphis College of Art. Once homeless, Franklin eventually defeated her adversities and continued to climb many levels in life and creativity. “Anyone can learn and be taught how to draw or paint. Some students who I have taught and entered in art contest and who have won, did not come to me with the gift. What they did have to develop was the ability to see.” Franklin breaks down the dynamic aspects in regards to her students brining their artwork to life. “Seeing requires quieting the brain, silencing negative internal dialogue that has been hard wired by some critical person who has served some important role in their lives. I can immediately identify those students who have been verbally beaten down, they are the first ones to say" I can’t draw" before I even get the chance to outline the process. Bringing these children into consciousness has always been my primary goal as an arts educator.”
There are many c

hallenges or obstacles in which artist face or endure on a regular basis. Franklin elaborates. “I take an inside out approach to obstacles. I assume, right off the bat that they (problems) are coming to me for a reason. Number One: Take care of your end of respect and you just might get some back in return. I know a string of artist when given a paid creative opportunity which started at 10 am, show up at 11 am with a raisin cinnamon swirl bagel, a latte and an excuse which silently interprets itself as “My bad, I’m an artist”. Number Two: Don’t be so desperate that you bite into that hook called exposure.”
In terms of artist lacking hope, Franklin shares words of encouragement to those who are looking to be successful. “Take care of what is important to you. Reflect on as much as you can in a day. They (the answers/the problems/the realizations) are right in front of you, don’t let them (the dots) get as big as quarters before you see them. Preserve the option to shift gears in your process and content, and literally, mentally and figuratively keep people out of your studio who tell you to do otherwise.  Just as you turned away people from your studio who don’t want you to change your style, don’t get addicted and too eager for the praise of the new fans of your new attitude,” seriously says Franklin.
“I am really making a point that we are all prejudice in some manner or form. Being fully conscious of whether or not we reject or accept the stereotype (Fabled Truth) is a major move forward. But, the bottom line is that if we react to a stereotype, it is because we have a reference point to it. What remains after the automatic reaction, or the decision to react,  is the often neglected, the difficult, but simple acceptance that these thoughts, processed and acted upon, or repealed and protested, lives, will always live, within the human psyche. We as humans with differences will always be connected by this consciousnessof difference. As a result of looking at the many quantitative details of differences, the quality of the lines that separate us blur,”articulatesFranklin as our conversation ends.
For more information about Lurlynn Franklin, please visithttp://lurlynnfranklinart.blogspot.com   or email her atfranklinlurlynn@yahoo.com.  Lurlynn is presently looking for investors in her art, writing, and theater ventures.