Galley Molina: Executive Producer of “I’m In Love With A Church Girl”
Interviewed and written by Aaron Robinson – Editor 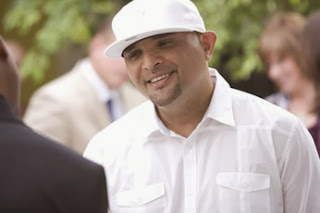 During the early stages of Galley Molina’s career, he signed his first recording contract releasing singles, as well as toured the country with chart-topping artists. Soon after, Molina began writing and producing immaculate music for music industry icons while working on numerous gold and platinum records. After Molina went through a life-changing experience, he became an ordained Pastor and established the company Reverence Gospel Media, LLC. Shortly after, he partnered with worship leader/gospel artist Israel Houghton to create various projects such as film, television, publishing and music. Together, they won their first Grammy with the release of ’s “Jesus At The Center.”
Today, the like-minded and creative individuals continue to collaborate on God-glorifying, life-impacting projects. One of those exhilarant films are “I’m In Love With A Church Girl”, where Molina and Houghton take on the role as executive producers. The film is a powerful, inspiring story of a love between a man and a woman, the gift of a man having a second-chance in life…based on true events from Molina’s life. The film will be in theaters on October 18th, starring Jeff "Ja Rule" Atkins, Adrienne Bailon, Toby-Mac, T-Bone, Michael Madsen and Stephen Baldwin.
Here is what Galley Molina shared during a recent interview with Consciousness Magazine.
Aaron Robinson: What was the inspiration behind writing “I’m in Love With A Church Girl”?
Galley Molina: It was based on my life. It was basically how God used a woman to help bring a man to church to ultimately help find his way to Christ. The inspiration was based on a true story. The girl who I was dating at the time wanted to take me to church for the first date. I had never walked into a Christian church before. My life was never the same after that.
AR: You wrote the film while in jail. Was this before or after you became a pastor or during your music career?
GM: It was during my music career. I had been going to church a little over two years at the time and it came back and caught up with me. I was indicted. I was on bail for a little over 5 years fighting my case. Then I was sentenced and plead guilty and went away. It was a 10 year period between bail and incarceration. I became a pastor after I got home. I had already given my life to Christ before my indictment. When I got home I went back to my church and I’m still shocked about it. If God can use me, He can use anybody.
AR: When people view your film what message do you expect for them to walk away with? 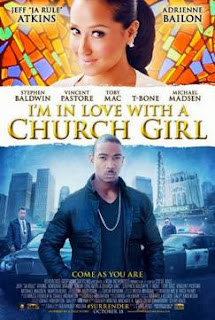 GM: The timeline of the film is come as you are. A lot of people feel that they need to get there lives right before they come to church, but that’s not true. God wants you to come as you are. I think the people need to understand that they don’t have to get there lives in perfect packages before they walk into church. I want people to understand that it doesn’t matter! God is real and wants to be real in there lives; God is for everybody.
AR: You merged your company RGM with Houghton’s company New Breed to create various projects. How did this collaboration come about?
GM: I reached out to about doing some stuff on a soundtrack, so we started doing some records and soundtracks together. I just fell in love with the way he worked. It was one of those kindle experiences from God. Now we’ve put out a couple records together, won a Grammy this year together, and wrote the next couple scripts together. God has just put us together and it has been one of the most blessed relationships of my life. We’re extremely close, a brotherly thing. It’s an amazing spiritual relationship.
AR: As a man of faith, what are some things God has promised or have done for you that you would have never witnessed in the secular world?
GM: Obviously, salvation. I ask myself all of the time ‘if I had never met the church girl would I had ever walked into a church?’ I experience joy and peace in the midst of the storm. I know it’s invisible, but it’s true. When things get rough and heavy I don’t stress. He equipped me to deal with everything from industry to business. I’m not perfect, but I know that He has great mercy on me. Whatever comes, I know He got me.
AR: What advice would you give to troubled males who seem as if they cannot escape the street and troubled life?
GM: They can escape it. It’s a decision. I would say whatever it is that they’re doing, I think God will definitely have something to say about that. Only if they’re really open to what God has to say they can change. You know, I didn’t read about the story; I lived it. If God can change someone like me, He can deliver anything. Unfortunately, I don’t have the testimony that I was raised in poverty; I come from a very good upper middle class home. As smart as I thought I was, as much as I thought I knew, it caught up with me. This film is for them. It’s real. I’m definitely excited about that part.
AR: Would you like to add anything else that we didn’t cover before we close the interview?
GM: Go to our website ImInLoveWithAChurchGirl.com. You can follow us on twitter @ChurchGirlMovie. Go to the website, it has stories about all of us and contact information. Pray that we’re in the theaters on October 18th.