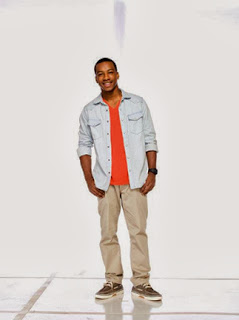 Multi-talented superstar Jay “Lil JJ” Lewis began his career at the young age of 13, annihilating adult comics as he successfully won BET’s comedy talent search competition “Coming to the Stage”. Though still a teenager, he picked up gigs at world renowned comedy venues, sharing the stage with many comedy greats. His powerful stage presence captivated more than just miniature audiences. I had the opportunity to follow Lil JJ throughout his career. While viewing his own Nickelodeon television series Just Jordan, I witnessed Lil JJ showcase his extraordinary abilities, starring in a well-balanced show containing humor, morals and a great plot teaching respect and responsibility. Having such a tremendous presence and charisma at such a young age, there was no doubt that this young talent would have continued success.

Lil JJ is a successful multi-faceted entertainer: stand-up comedian, musician, dancer and actor. Although his life has taken some diversions since his teens, Lil JJ has never forgotten one of his first loves – stand-up. There is no question, he will continue doing comedy. Now grown up, entertainment mogul Lil JJ continues to act in both television series and movies, as well as performs stand-up. Lil JJ currently has a starring role as in the TV One television series “The Rickey Smiley Show”.