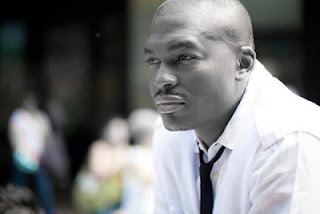 For many years, Chaz Shepherd has become a part of the community improvements in which all of his entertainment gifts are eventually leading to. He is a man of faith who continues to embark upon his entertainment journey with purpose and reason. Living life, raising and molding a daughter and helping others has been some clear initiatives indicating he has been called upon as of lately, while serving a powerful God. Chaz shared his latest happenings with Consciousness Magazine. It was an honor to have spoken with him about his beliefs, artistry and much more.
During 2010, Chaz, the talented and clever singer and businessman released his freshman R&B album on his own label Chaz Records named Love & Truth where he released a couple of unforgettable singles “By My Side” and “Chemical Reaction.” The Philadelphia native gives credit to his spiritual journey in life as he continues to learn from life’s lessons of the world, inspiring others with his messages in his music. “I have musical influence; the inspiration is inside of me. It’s a part of who I am,” says the brilliant Chaz who has been singing for nearly his entire life as well as having a singing background in church. Chaz is also gifted in playing instruments such as the keys and drums and is accredited as a phenomenal producer.
Having an effective community voice is an important tool when it comes to the well-being and betterment of individuals. Chaz has used his voice to make a difference in society while being involved in various community platforms. With his gifts and wisdom, he continues to position himself in areas of life to reach God’s children, manifesting and sharing life, love and happiness in their lives. “I just speak what I’m trying to get across. I find that dealing with oneself is interesting, if I’m able to provide a concept or a positive perspective to iterate what’s right to motivate someone to be more effective with their lives. I’m more fascinated to talk about things that relate to people…. as individuals to stay positive…subjects that are interesting,” says the young successful iconic figure who is devoted to giving back in life as well as leading by example.
As an actor, Chaz Shepherd has appeared in TV series such as The Game, The Parkers, 7th Heaven and movies such as The Temptations and Set It Off. For many who haven’t seen the talented actor acting lately may be due to the reason for him fully stepping out on his calling. “As far as community church I’m serving, I’m actually more active doing organization activities,” articulates the community leader who holds the humanitarian and activist roles dear to his heart. His inspiration is Dr. Martin Luther King, Jr. when it comes to humanitarian efforts, embracing the basic principle of love. Chaz is also a part of the National Action-Network founded by Reverend Al Sharpton, which is one of the leading civil rights organizations in the Nation.
The advocate for Unity and Anti-violence shares words to empower our youth in terms of values in their life. “I heard in a sermon…be worthy of what you want. We don’t deserve anything that we won’t work for.  We have to work for what we want. We have to be worthy of it. If we don’t spend our time being the best that we can be, we don’t deserve to become it. That goes from entertainment to corporate. Even our less celebrated entrepreneurs put time in.” He continues to encourage, “I believe that someone who wants to be in your life helping, needs to have a positive contribution,” he explains optimistically.
When partaking in the church and with various organizations, Chaz speaks on his agenda as he and his peer’s come together to make a difference in other individual’s lives. “When we get together and sit down and talk about subjects and issues and ideas and share ideology…theology, I think that is really beautiful because it’s something that you can apply. Celebration of one’s identity in regards to what they have done to change somebody’s life, I’m more excited about that.” Some of his other topics of interest include speaking on relationships and fatherhood as he persists to act as a role model to our youth.
Chaz is forever on a spiritual mission filled with purpose, meaning and vision, having a background consisting of spirituality. “My mother was my leader as far as introducing me [to a background consisting of spirituality.] As far as I could remember, it’s always been there. I’m not who I was when I started, not who I was just a few years ago,” explains Chaz who continues to walk his spiritual journey by having an ongoing relationship with God, forever putting Him first as the rest follows.
Also read Chaz Shepherd interview at http://www.consciousnessmagazine.com/ChazShepherd.html