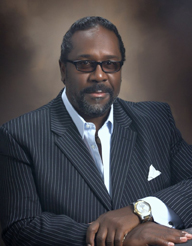 As an actor, Demond Wilson got his start in Broadway and appearing in shows such as Mission: Impossible and All in the Family. Wilson became a household name when starring in the hit 70’s sitcom Sanford and Son, playing the junk dealer and son of Redd Foxx (Fred G Sanford). The talented cast of the popular show made an impact on viewer’s lives from all around the world. After several decades, Sanford and Son is one of the funniest and most loved shows of all times, influencing many sitcoms after its era.
Through the racial tension that the cast of Sanford and Son encountered lead to the show ending in 1977, Demond Wilson continues to act and make guest appearances on various television shows. Over the course of his life, he also became an ordained minister and author. I had a privilege to speak to one of the most favorite and likeable actors, Demond Wilson. It seemed as if I knew him for years. Though, he was called a “Big Dummy” on the show, he appeared to be very intellectual in real life.
Tocarra Eldridge: As a minister, at what moment did you realize that you were called to minister?
Demond Wilson: As a child, at about 10 years old. My grandmother went to be with the Lord in 1969. One thing she didn’t want to hear is a skinny preacher…you had to be rotund and you had to be called of God.
TE: What are some of the most challenging moments you have had to face in your life and how did you overcome them?
DW: Um! Vietnam for one! Growing up in the hood was a different atmosphere. You had to be a tough kid whether you wanted to or not. It wasn’t in me naturally, so a lot of times, I outsmarted a lot of people. Instead of having to fight all the time, I would outsmart my way out of a lot of things. As a kid I was taught to sit down, take a deep breath and think of how to get myself out of it with God to help of course.
TE: What is your reaction today, knowing that you have made history and opened up the doors for many African-American shows from the 70’s hit comedy show, Sanford and Son?
DW: They tell me I’m an icon and a legend. To me that says I’m old [Laugh]! The fan base from that show is unbelievable! We realized that long ago…that long after we’re gone, this show would still be on.
TE: From all the racial tension that you and Redd Foxx encountered from doing the show, did you ever think that you would have lasted as an actor and become a household name for decades to come?
DW: That’s one of the things Redd and I strived for.
TE: Your book Second Banana shares with the readers the behind the scene moments of the Sanford and Son years. Can we expect any more book projects from you in the future in reference to this television show?
DW: Second Banana is a beautiful book; it’s all the info about Redd and myself that the public had no knowledge of. I got tired of reading articles that were wrong referring to me and Redd. I thought initially to keep the memories locked in my heart. But later, I decided to write and let the public know! I didn’t intend for it to set the record straight; but it did. People that read it sometimes say “Man I had no idea these things were happening.” The book is a great read. It’s funny, sad, and lethargic in areas. It’s like Life; bitter sweet. It’s the years of Sanford and Son, because that’s what the years were…some were bitter and some were sweet. Second Banana is incredible!

TE: Can we expect anymore books from you?
DW: [Laugh] Well, I don’t know. I have 11 out now. These books are really keeping me busy. I can hardly keep up with it. I keep ordering and thank God the people keep buying.
TE: I think that it is great that you formed the Restoration House of America for former inmates. What was the motivation behind putting together this center?
DW: Well when the show was going on we would go on the road and do shows. Redd and I would also go to penitentiaries. I started going to penitentiaries and ministering. You know when former inmates get out they can’t get a job; the recidivism rate is astronomical. So, it was that reason that I formed the Restoration House of America so that young men may receive the education and training in hopes that they may one day own their own business. Like Tyson, I gave him books and ministered to him.
TE: Do you have any words-of-encouragement that you would like to leave for the readers?
DW: Yes, you can do whatever you set your mind to; you can do just that! You can be that! It doesn’t matter if you had a broken home or if you grew up in the hood. People have all those excuses. You should just look in the mirror. That person you see in the mirror is who stops you from doing stuff; that same person also lets you do stuff with the help of God. You can do whatever you put your mind to in America.
TE: Do you have anything else that you would like to say before we conclude this interview?
DW: Thank you for your time. I would definitely love to have a copy of this piece.
TE: Thank you Mr. Wilson! It’s been a pleasure speaking with you.
Sidebar- As told by Demond Wilson:
Redd and I was like father and son on and off the show. When I first met Redd, we clicked instantly. The chemistry was automatic. We were a team on and off the show. If someone proposed something to me, they knew they had to go thru Redd too. Same for Redd; they would have to go thru me as well. You know, I only saw him one time before he died after the show ended in 1977. I saw him in 1983. We hugged, we cried and we kissed. I wasn’t so much upset about him leaving the show, because I was getting a little tired of it myself. It was more of the fact that he left without consulting with me…when we ALWAYS consulted with one another! I had left and went to Africa and when I got back it was all over. Everybody was saying Redd was dead. Everyone was mad at me for not showing up to the funeral. I personally don’t do funerals. So, had I been back at the time he died, I still would not have showed up. The Egyptians bury the next day and that’s how I think it should be. African Americans keep the body out for two weeks waiting for Uncle this and Aunt this to come from Florida.