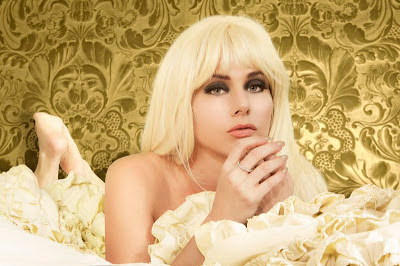 “It’s pretty cool, you know” are the words of the triple threat entertainer Meital Dohan who speaks about her new song “On Ya” that was listed as number 5 on the UK chart. I am grateful that I was granted the opportunity to speak to her, as she took some time out of her extremely busy schedule while touring throughout the US and Europe, giving Consciousness Magazine the insight on her new song featuring Sean Kingston. “I work with a wonderful guy and he works with Sean too, and introduced the two of us and the collaboration happened,” says the gifted artist as she chats about her collaboration with rapper, singer and songwriter Sean Kingston.
Meital Dohan’s music is very upbeat, fun, loving and truthful. During 2011 the future pop star caught the attention of mega producers such as Che Pope, Dr. Dre and Kanye West. Her first single was called “Yummy,” off the debut album I’m In Hate With Love which was featured on many mainstream outlets.
As an actress, Meital has appeared in films such as Monogamy and Falling Better Now and has been a regular on the hit series “Weeds”. The uprising singer speaks about what makes her stand out from other musicians. “Probably, my background as an actress and therefore a combination of theater,” exclaims Meital as she begins to converse excited about her transition to a musician. “Well, it’s been pretty easy. It just kind of all happened. I find it more challenging to go on about your life to make it like a professional position, you know.” She continues to talk about her amazing music career. “Yea, it was a conscious decision. I talked to a spiritual girl in Israel and she does some things with some of the stars and she basically told me to go back to the U.S. and start my singing career.”
Some of Meital’s awards include The Israeli Academy Award, The Israeli Tony Award and the Israeli Theater Award, just to name a few. She is also the author of Love & Other Bad Habits, as well as have authored a number of plays.
When asked about what’s next for her she speaks sincerely,” I don’t know. Maybe I will try to be an astronaut. That would be the next stage. Kind of more exploring the universe, the laws of attraction, you know…gravity, research science,” she utters.
For those who are looking to be successful in the various endeavors as she has, she shares great music advice. “[You have] to have a lot of patience and know that it requires a lot of hard work and you must do it for all the right reasons,” says Meital as our conversation comes to an end.
“On Ya” is currently available on iTunes and is in constant rotation on radio stations across America. For more information on Meital Dohan please visit www.meitaldohan.com, twitter @meitaldohan and check out what Meital Dohan has to say about her pet tiger Charlie on YouTube.
Read Meital Dohan interview at Consciousness Magazine http://www.consciousnessmagazine.com/MeitalDohan.html