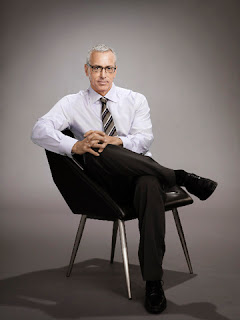 For over a decade, Dr. Drew Pinsky and his wife Susan Pinsky has been active as Co-Chair for Hillsides, a Los Angeles based children’s charity dedicated to improving the overall well-being and functioning of vulnerable children, youth and their families. Hillsides kicked off its Fifth Annual Foster Soles Charity Event with Elton John, Carson Daly and No Doubt. The charity provided high quality care, advocacy, and innovative services that promote safe permanent environments where young people can thrive.
I was able to speak to Dr. Drew in regards to his involvement with the Hillsides charity. He elaborated on his interests in the charity, young people and much more. “I was taken by Hillsides…their goals…of what they seem to be. Then I went and visited the facility and found it to be really the model precisely of how all facilities should be designed. A comprehensive education therapeutic living environment that really helps, make a big difference.” He continues. “I just started hanging around supporting them and all of a sudden they ask me to be a Co-Chair.”
Hillsides Foster Soles had its online auction where celebrities donated autographed shoes, accessories and so on, along with their signed headshots. The online auction coincided with Foster Care Awareness Month from May 22nd through June 1st. The party to launch the auction was held at Bar Celona restaurant in Pasadena on Wednesday, May 22nd, from 6PM to 9PM. “We got some stuff from Howard Stern,” says Dr. Drew. In addition, Foster Soles has received a signed jacket by Jim Jefferies. Participants over the years included Adam Sandler, Faith Hill, Halle Berry, just to name a few. Guests who bided had the opportunity to view celebrity items such as shoes, belts, purses and various accessories until the auction closes.
Outside of Co-Chair of Hillsides, Dr. Drew has also been the host of the syndicated radio show “Loveline.” He starred in “Celebrity Rehab with Dr. Drew” and “Sober House” on VH1.  He has also appeared as a regular on “16 and Pregnant” and “Teen Mom.” During our intriguing conversation he shared words of encouragement for the youth who feel they are not loved or cared for. “These are non-trivial issues.  Once you have been so severely abandoned it is very difficult to regain trust and re-enter the frame in a genuine way. Without closeness you lose meaning; you loose stability to regulate emotions. You can lose your sense of self and start to reach outside of yourself for means of regulating yourself, like substances or criminal behavior.” He expresses very strong concerns for the youth in hopes of inspiring them. “I will urge you to please find a way to build trust and re-enter that frame of closeness with at least one other person.”
Dr. Drew is board certified in internal and addiction medicine. He has authored several books that became New York Times bestsellers, “The Mirror Effect: How Celebrity Narcissism is Seducing America” and “Cracked: Putting Broken Lives Together Again.” He voices his concern of the growing gap between young people that are applying themselves and working hard as oppose to those who are not. “We need everybody in the fight. And there’s going to be terrible resentment, terrible conflict. If one group spending their entire life working their butts off and one group is envy and have difficulty getting going, that’s really a problem. We need to support people and motivate people to engage in the process.”
In regards to empowering youth, Dr. Drew explains his passion for the youth as well as his expectations for youth in the future. “I had a connection with younger people since I very first started, since I became a physician. I had some panic and depression when I was in college. I just became interested in the idea that adolescence and adults need their own sort of age appropriate health care so people can really understand those populations and try to help them. So, I am delightful to be available. That’s why I got involved in “16 and Pregnant” because I knew that it would have an impact, and I knew that it would do what we intended it to do and it’s doing it.”
Dr. Drew ends the interview sharing his gratification and care for the youth. “I feel enriched whenever I work with young people and I believe there’s no where you can get change and trajectory of something in life more so than with youth. So, I could not be happier to be a part of anything at this point concerning young people and their health.”
For more information about Hillsides please visit http://www.Hillsides.org
Visit Dr. Drew at http://www.drdrew.com