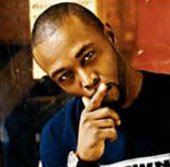 Former Bad Boy Records artist Black Rob took over the music scene when he released the hot single “Whoa!", following his album debut Life Story in the year 1999.  He has worked with many known artist and has a total release of four albums. During the course of his career and life, Black Rob has overcome many challenges, however he always bounces back and continues to be recognized as the king that he is today.

I had the privilege to interview Black Rob. Here is what the pioneer had to share regarding his role in the reality show Come Back Kings.

Aaron: What did you like most about being a part of this reality show?
Black Rob: I like it because it’s not like nothing else man. It’ not like any other show. That’s what I like about it, you know what I’m saying. You can be yourself and do it how you wanna do it man.

Aaron: What where some of the challenges you faced as an actor on the show as oppose to your years of rapping?

Black Rob: I mean yea! (Laugh) I mean yea! I couldn’t really tell you man. You’ll see it when the show comes on. (Laugh)
Aaron: Are there any new experiences you’re embarking upon during this new journey as oppose to your past endeavors?
Black Rob: Not now, now is no experiences man. You know, it was just being there for Come Back Kings…just taking care of business. Other than that we are going smooth as possible man.
Aaron: Would you like to add anything else before we close out on the interview?
Black Rob: I’m just really waiting forward to the day for it to come and for it to set off. We only did a few episodes, so it’s really only in its baby stages. We’re still filming.
Aaron: Thank you Black Rob for the interview.
Black Rob: No problem! Thank you!