A Multitalented Comedian in Acting, Writing and Directing
Written By Eric Plaut


If you grew up in the 1980’s, you might have seen Harold Ramis first perform on the big screen in Stripes (1981), which he also co-wrote.  Ramis portrayed Russell Ziskey, an English-as-a-Second-Language (ESL) teacher who ends up joining the Army with his down-and-out friend John Winger—played by Bill Murray. 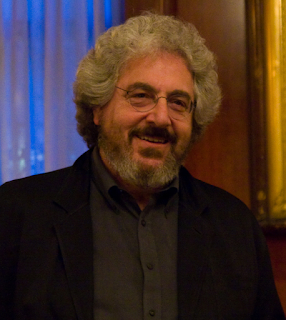 Russell, as a new ESL instructor, works with immigrants who recently arrived in the United States.  On the first day, he asks if any of his students if any of them knows any English.  One man raises his hand and responds with: “Son-of-bi--h!  Sh%^!”  His classmates repeat the profanities he’d just spoken.   Ziskey doesn’t respond to any of this as the scene ends, though we all know that maybe the poor guy is in the wrong profession.


However, Ramis’s brainy guys never received the heartache or embarrassment that many of his comic predecessors endured.  His characters never wound up receiving the pie in the face, tearing their hair out or falling into the water fully clothed.  Harold portrayed very likable guys such as Russell Ziskey (Stripes) and Dr. Egon Spengler (in the Ghostbusters films).  In his other films, as a writer and a director, he would occasionally make a cameo appearance as a doctor or society figure.  Ramis tended to be a jack-of-all-trades in film comedies when it came to writing, directing and acting.  He wasn’t like his Ghostbusters persona who only seemed to be into “spores, mold and fungus.”
GROWING UP IN THE WINDY CITY
Harold Allen Ramis was born on the Far North Side of Chicago on November 21, 1944.  He had an older brother Steve.  Their parents were Ruth and Nathan Ramis.  Nathan Ramis ran the Ace Food and Liquor Mart on the West Side of the city.


Harold graduated from Chicago’s Stephen K. Hayt Elementary School in 1958 and from Senn High School in 1962.  (The Ramis brothers joined Senn’s fencing team.  Steve Ramis was a city champion during the 1960’s.)  Other well-known Senn alumni—from other eras—included: actor Harvey Korman (Blazing Saddles); director William Friedkin (The Exorcist); and Olympians Annette Rogers and Fritz Pollard, Jr.
After he graduated from Senn, Harold Ramis studied at Washington University in St. Louis (WUSTL).  During his time in college, he worked at one point in a local mental institution where he claimed it “helped prepare him into working with actors and as a director.”  Harold earned a degree in English Literature at WUSTL in 1967.  Ramis later earned an honorary Doctor of Arts from WUSTL in 1993 and served for eight years on their Board of Directors.
BACK TO CHICAGO
Upon his return to the Windy City, Harold Ramis worked a number of odd jobs before he delved into comedy.  He once worked as a substitute teacher in the Chicago Public School system.  Other jobs Harold had during the 1960's included: writing and editing Playboy's Party Jokes and freelancing articles for the Chicago Daily News.


In 1968, Harold received a freelance assignment to write an article about Chicago's famous Second City improvisational troupe.  When he was over at Second City, a moment of epiphany came over him.  "I can do (comedy)," he said as his described eureka moment in an interview with People magazine.  "I'm that funny!"


Harold Ramis would start to make a name for him in comedy between the late 1970's and the early 1980's.  And the world of film comedy would forever be grateful to him, his unique sense of humor and comic perception, his unforgettable casts and—of course—all of the original material that emerged from this genius.

ADDITIONAL RESOURCES
Sources on this tribute to Harold Ramis can be found on his articles on the Wikipedia Web site (wikipedia.org) or the Internet Movie Data Base (imdb.com).  I also obtained details on Harold and his life through two books that I highly recommend any film enthusiast or historian:

Sheldon Patinkin, who passed away last year, was one of Second City’s first directors and ran the Theater Department at Columbia College in Chicago.  His cousin is Mandy Patinkin, who played “Inigo Montoya” in The Princess Bride.