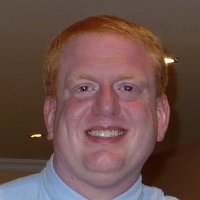 Summer has now gone south for the winter—literally!  The fireworks have fizzled out and the days have gotten shorter.  The kids are back to school or at college.  It’s time to enjoy a few football games with a tall glass of apple cider and a doughnut or two.
As of this writing (October 8th), the leaves are starting to turn from green to colors mixed in with red, yellow, ochre and—eventually—brown.  It’s as if Bob Ross has once again gotten out his giant round paintbrush to decorate the trees each fall.  As on his show The Joy of Painting, Bob would spontaneously work on a portrait of nature from inception to his finishing touches and signature.  Filmed in a 30-minute timeslot, Bob used a “wet-on-wet” technique with each oil painting.  He’d also chat with his TV audience throughout this entire process.
Bob would teach his version of painting to others throughout the United States.  There were also certified instructors in this method including Bob’s son Steve.  One of the show’s producers or Steve, who dubbed his dad “Shorty”, would paint an occasional landscape on the program.  A military veteran who didn’t like to shout once he retired from active duty, Bob Ross found solace in his art and with nature and animals including Peapod the Squirrel.
One important fact to note is that Bob Ross never reshot any sequences whenever bloopers happened.  He was fond of saying: “There are no mistakes in our world—just ‘happy accidents’!”  A “happy accident” could mean that a moment of epiphany occurred.  It may have been something that was part of the process of a new discovery.  For those who enjoyed Music Television (MTV) in the late 1980’s and early 1990’s, that generation may remember a Joy of Painting parody on Family Guy or even Bob’s self-parody as he painted a couple of scenes of nature for MTV.  He concluded that MTV was either a “land of happy little trees” or “just fluffy white clouds”.
What has been a moment of epiphany for you?  Somewhere, somehow there is a “happy accident” for you to discover out there.  Throughout that pallet of colors and a collection of brushes one will find their so-called “picture to paint”.  Bob Ross was always amazed when he told his audience about some of his listeners.  Even though they never picked up a paintbrush before, his viewers were inspired by The Joy of Painting and began to paint for fun or along with the show.  But Bob always encouraged his audience to never copy his work and to make their paintings their own.
Quite a number of people out there, however, may not be artistically inclined or have the tenacity to stick to it.  Don’t worry about it—there seems to be something out there for everyone.  It’s important to have that “stick-to-it-iveness” within your life.  Whether it is a hobby, an occupation or even a job-hunt, the trick is to weather whatever storm is coming your way and give up so easily.  Your persistence will someday pay off down the road.
Now back to the drawing board—or in this matter, the canvas.  Bob would conclude each program by signing “ROSS” in red and wishing his viewers: “Happy Painting—and God Bless, my friend.”  (By the way, rosso means red in Italian.)  While Bob Ross has been gone for the past twenty years, his spirit continues to live on.  Keep painting a great picture with whatever medium suits you.  And more importantly, find that so-called “happy accident” that will get you to where you will eventually need to go.


AUTHOR’S NOTES
Keep up the search for that so-called “happy accident” you’re looking for.  That one moment of epiphany—no matter how long one might search for it—is worth the wait.  Be sure to write down not only what your goals are, but ones that somehow tend to hit you without thinking.  It may lead you to something better, yet not always bigger.
Best of luck on the job search.  Also, try to find that moment of self-discovery that you may not have originally been looking for.  Remember that neither Consciousness Magazine nor I will take any responsibility with another person’s job search.  Please talk with a licensed professional on your career search and/or when you have any questions.  Thank you.