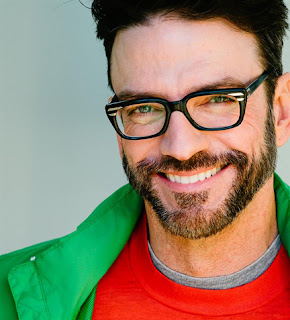 In the second season of the Syfy hit series “Z Nation”, actor, writer and director Keith Allan plays the stellar role of the character Murphy. After being given a vaccine during a government experiment and being bitten by a zombie Murphy, is the only human to not get affected nor turn into a zombie.
Keith Allan attended the American Academy of Dramatic Arts in Los Angeles, as well as trained and performed in regional theatre. Some of his acting roles include “Will And Grace,” “Buffy The Vampire Slayer,” “C.S.I.,” “Enterprise” and “Mad Men”. In 2011, he co-wrote and directed his first feature 11/11/11.
I had the opportunity to interview the leading man of “Z Nation”. Here is what he has to share with the readers regarding his role in the hit series “Z Nation”, along with his latest happenings and much more.
Aaron Robinson: Hi Keith! Thanks for taking the time out of your busy schedule to pursue this interview with us.
Keith Allan: It’s my pleasure!
Aaron: Briefly, tell us about the Syfy hit series “Z Nation”.
Keith: The show itself is a zombie show. It’s kind of a zombie road trip which we are traveling across the country on a mission. We start the show where we are already three years into the apocalypse… the zombie apocalypse. The government is experimenting on prisoners and I happen to be a prisoner that they are experimenting vaccines on. Right when they inject me with the experimental vaccine, the lab is overrun by zombies and everyone is getting killed and bit and happens to turn into zombies. I’m strapped down at the table this whole time and is getting eaten up and bit by a whole bunch of zombies, but I don’t become a zombie. The vaccine actually works, but everyone else is dead. I carry the cure in my blood. The show is about getting me to a lab in California so that they can extract the blood antibiotics and save humanity.
Aaron: You play the character Murphy. Would you like to tell us a little about this exciting role?
Keith: My character is a whole unwillingness pond in this whole adventure. He has been pushed around, shoved around and told what to do for a few years now, and he’s over it, so it makes him not a likable guy. He’s pissed, he’s tired, and he’s dirty; he’s tired of people telling him what to do. We just started airing season two a few weeks ago, so I’m going on a whole new leg of the adventure where Murphy is starting to change and evolve. He’s kind of a human-zombie at this point. And he’s evolving into something completely different where he is starting to communicate with the zombies mentally. Now he has like a sort of zombie fan club (laugh). 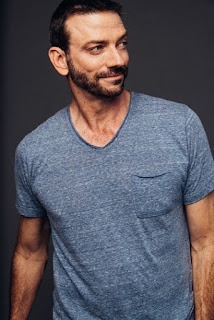 Aaron: What attracted you to want to play the role of a super villain?
Keith: I don’t really call it a super villain. By frankly, I think he is an unwilling participant in the survival of humanity. He was basically thrusted into this role without anyone asking him if he was interested in it. The greatest thing about this character is, I think, it’s one that has never been done before in the zombie world. We have never really seen zombies that are not fully human and not really zombie. It sort of leaves the door open for the show creators, the writers and myself to sort of play around with any idea that we want. Also, what’s great about the show is how it’s run. It’s not only glorified with green, guts and really grotesques stuff, it’s also a lot of quality in it. The audience really gets some great laughs and great scares; then we have some heavy drama moments. So as an actor, you really kind of do a little bit of everything, so that’s fun.  It makes it a lot of fun to play this character, plus he’s the guy that you love to hate. It’s really touching to know that the people are digging my character and know that they resonate with what I am doing.
Aaron: For those who haven’t seen the second season of the show, what can they expect from this season of “Z Nation”?
Keith: More, more, more! Its faster, it’s scarier; we have more crazy zombies. The cool thing that they are doing, they are inventing all types of zombies. They’re not just regular ordinary zombies - the way that they look and behave are different then your ordinary zombies. I don’t think I ever seen that in any type of zombie show. We have fast ones, we have slow ones and ones that have some sort of type of consciousness; they can sort of plot and have an idea of what they are doing, so you never know what to expect. Also, how the show is going, the situations get more and more over the top. Every episode is like a whole new world where we are in a new town or land in a different part of the country. You never know what human or what zombie you are going to run into in a new town.
Aaron: You are also a filmmaker.
Keith: Yes!
Aaron: Was filmmaking always something that you wanted to pursue or was it in conjunction along with your acting career?
Keith: It developed out of my acting career. I’ve always been a really good photographer and I’m a visual person. The more I studied acting, do plays and television, the more I go like “hum, I have an idea! I would like to do that!” Once technology started to catch up, it made it easier for the filmmakers - it made it easier to experiment with your ideas a lot more verses when it was all film. Then I was just able to play around with my ideas to make these things reality. Acting has always been my first profession, certainly directing and writing. I just have grown from that.
Aaron: Can we expect any new upcoming projects from you in the future?
Keith: Yes. I am working on a film that I am trying to get produced. It’s called Hearts Like Fists. It is a graphic novel, dark comedy, crime fighter super villain piece. I shot a seven minute clip. It’s on my website www.KeithAllanactor.com.  You go under “Up and Coming Projects”. There is a link for my seven minute movie. I’m really proud of it. I’m playing the evil Doctor X, and it’s just a delicious horrible character. It’s a fun show; I did it as a play in Los Angeles a couple of years ago and the audience loved it! That’s one of the newest projects I’m working on.
Aaron: Many people may not know that you are an inventor. You have your own line of kinetic lamps. How has that been going for you?
Keith: I don’t do that any longer. I previously did that for a while when I moved to L.A. because I needed to make money. It was awesome when I did it. It was really great to have built something, and create something out of your own mind and have people interested in buying it. They were real beautiful, really pretty lamps and a lot of good fun. I was real happy that I was able to be my own boss for a while.
Aaron: Before we end the interview Keith, would you like to add anything in closing regarding “Z Nation”, or anything we haven’t talked about?
Keith: If you haven’t seen the show, I would say start at the beginning. The way the story develops, it gets real interesting. One of the things we found, like Netflix, a lot of people will watch the whole season in a couple of days. It’s really good to start at the beginning, because you get to see these relationships develop with these people and these characters. It really makes it worthwhile. We’re getting global. We have a real huge fan base in Brazil…Italy. If the fans are going to go to any conventions, I’m going to be doing some Comic-Con Conventions coming up. I’m doing one in Grand Rapids, Michigan and doing one in Atlanta. Come out and say hi!
Aaron: Again, thanks for this interview Keith. It’s an honor to be on the phone with you sir.
Keith: Thanks man, I appreciate it! Thanks for watching!