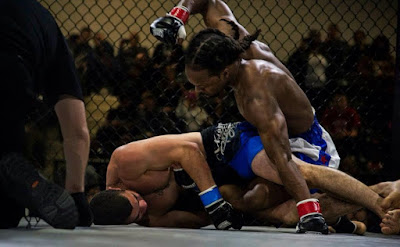 Along with hard work and consistency, dreams do come true. Earning two belts and ranking Number 2 in the State, MMA Champion Nico “Boom Boom” Jefferson is proof that you can set out a goal and make it a reality. Participating in the sport for only four years, Nico has risen to a level of success as a professional MMA Fighter, accomplishing what many have tried to achieve in their life time.

Outside of MMA, Nico is a Muay Thai instructor. He competes in Muay Thai and Kickboxing tournaments. He has a 9-1 kickboxing record and is 3-0 in Muay Thai, winning two tournaments and runner-up. His accomplishments also include earning 2 gold medals, one silver medal and runner up in the Las Vegas Wako Tournament. Now having 3 belts, he looks to earn his fourth by participating in two more fights this year.

Consciousness Magazine had the opportunity to interview the Lightweight MMA Champion regarding his love and ambition for the MMA sport that excites millions around the world.  Here is what the Kankakee, Illinois native Nico “Boom Boom” Jefferson had to share with the readers.

Aaron Robinson: For those who may not know, please tell us a little about Nico “Boom Boom” Jefferson. 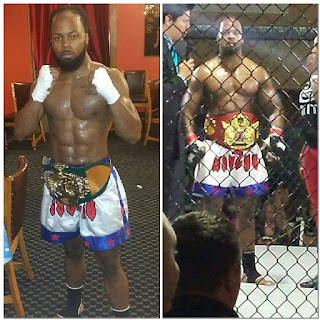 Nico “Boom Boom” Jefferson: I am an extremely hard-worker. The stuff that I have to go through and put together and even to compete at a certain level is crazy man. For one, I work two jobs, a full-time and a part-time. Overall together, I have four kids, two biological kids and two step kids. All of my kids are involved in activities: football, gymnastics, cheerleading, karate, and baseball – all kind of activities. I try to manage my time between family and training. When I have an upcoming fight I train about five hours a day, one and a half to two hours in the morning. At night I have training with my fight team, Team Genesis. In between it all, I’m getting my kids to school, from school, off the bus and to their activities. I’m helping on training and teaching classes. It’s tough, but at the same time I want to compete at a high level, so I have to get my training in.

Aaron: Absolutely, you are doing a great job Nico!
Nico: Thank you man!

Aaron: What inspired you to want to get into the sport of MMA fighting?
Nico: I just wanted to learn some techniques. I thought that it was cool. Once I started learning the techniques of the sport, I appreciated the competiveness of the sport. I played football 16 years, ran track and participated in other sports; I’m real competitive. This is so different because its one on one. I just started getting better and better. I kind of let some people talk me into scheduling some fights. I scheduled a fight - just being in that cage is a different experience. For the longest I use to tell them dudes, “man, yawl crazy, I’m not getting in that cage!” [Laugh] I was so against being in that cage, now here I am competing.

Aaron: What are some of the challenges you face as a MMA Fighter?
Nico: For one, I don’t have a wrestling background. As far as competing, everyone I have competed against, these guys have been wrestling since they were like 8 and 9 years old and wrestled all through school. But for some reason I adjusted to that real quick. The area that I may need to improve is my wrestling and grappling game. My fight use to be just very boring because my opponent just tried to hold on to me the whole fight. As long as I can stay free, I can put those hands and kicks on him. That’s my goal for every fight.

Aaron: What has been some of your greatest accomplishments, achievements or rewards in the sport? 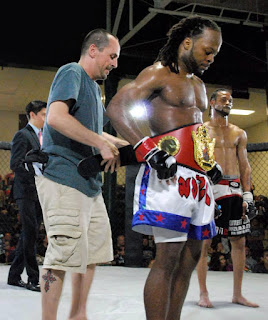 Nico: Actually, I have won two belts right now; my first win was my first achievement. The moment I got my hands raised… it’s hard to explain! It’s not like scoring a touchdown.  Knowing that I defeated this man that trained and prepared for the fight like I did; I beat him. I won by TKO. I think I finished the fight in like 55 seconds. I was just overwhelmed by joy and excitement.

Aaron: How did the name “Boom Boom” come into existence?
Nico: I got a win. I two pieced somebody; I hit him with a jab-cross. I laid him out. The people in the crowd just start calling me “Boom Boom”. So I ran with it! It’s well respected to just not give yourself a nickname. Some people try to do it, but nobody respects that. The fans or the people that respect you have to give you a nickname. They started calling me that so I ran with it.

Aaron: Do you have any advice for those who are looking to become a MMA Fighter?
Nico: If you are going to do it man, do it for real. Really do it for real! These guys are not friends with you [in the cage]. Somebody’s coming in there and they’re trying to hurt you. You have to put in the work.  You have a lot of people who don’t put in as nearly as much work that I do.  It shows in the cage though. It shows who put in the work and who doesn’t. It’s not just fun and moves. You have to put those hours in. I use to be a real big gamer and borrowed a lot of games. I don’t even own a PlayStation or Xbox. I haven’t borrowed games in 4 years. [For example] like the club or whatever it is that’s holding you back, you have to give it up. It depends on how bad you want it. It’s just consistency of putting in work, and not being too hard on yourself. You are going to have bad days. I have days when I can’t respond and I can’t touch nobody in the gym, then I have days when no one in the gym can touch me. 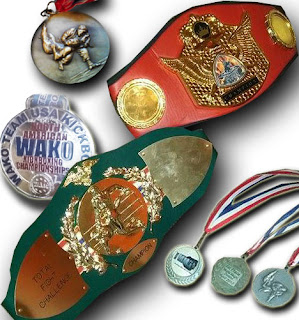 Aaron: Before we end the interview, would you like to add anything in closing that we haven’t spoken about?
Nico: I only have been fighting for four years. A lot of people don’t know that either. I accomplished a lot in these short years of experience that I have gained. Also I would like to give a shout out to Sylvester Hill.

Aaron: Thank you for this interview! Congratulations on your fighting career and keep up the good work!
Nico: Thank you!