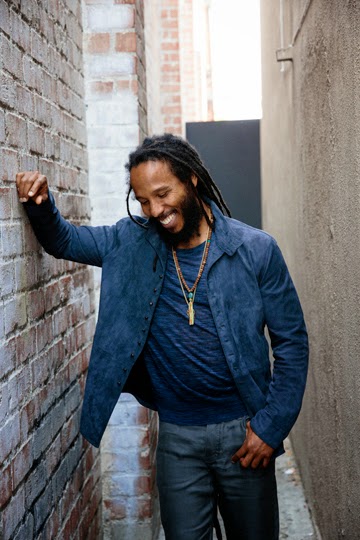 Releasing over eight best-selling albums with the group Ziggy Marley and The Melody Makers, reggae iconic figure Ziggy Marley is back with another solo album, setting the bar in a genre that is greatly embraced across the world. The 5 time Grammy and Emmy winner looks to spread more love with his fifth studio album “Fly Rasta” via Tuff Gong Worldwide, sharing immense love, knowledge and wisdom with his fans and listeners.
“Fly Rasta” features The Melody Makers including Cedella Marley, Sharon Marley and Rica Newell, with production from the songwriter himself as well as Dave Cooley (J Dilla, Silversun Pickups). The album is undeniably a must have as each and every song empowers and enlightens the listener. Ziggy’s past solo albums include Dragonfly, Love is My Religion, Family Time, and Wild And Free.
As an entrepreneur, Ziggy Marley also has a GMO-free product line called Ziggy Marley Organics that he started in 2012. The products are available in over 1000 stores nationwide. As a publisher and author, the songwriter is also releasing a multicultural children’s picture book “I Love You Too,” which is a co-production of Akashic Books and Tuff Gong Worldwide. The book coincides with the album “Fly Rasta.”
I was a pleasure speak with the iconic musician and humanitarian before he set out on his worldwide tour. Here is what Ziggy Marley had to say about his new project, inspiration and motivation, his calling, love and passion for music and people, and also his initiative of giving back to the youth.
Aaron Robinson: Hey Ziggy, how is everything going?
Ziggy Marley: I’m good, I’m good!
Aaron: I want to thank you for taking time out of your busy schedule to pursue this interview.
Ziggy: No problem, no problem!
Aaron: What does the word consciousness mean to you?
Ziggy: Consciousness means to have awareness or an open-mind of knowing wisdom…that’s conscious. The openness that allows us to use the mind.
Aaron: “Fly Rasta is your fifth studio album. What makes this project different from any other album you have ever recorded?
Ziggy: Well, I think what makes it different this time, [is that] there is no reinterpretation of anything that I’ve done before. There’s no way we kept it as the same thing that I’ve done before. I just tried to think of music with the difference of what level a person appears on at times. As a person becomes more open-minded, the music will become open-minded. I’ve learned more since the last time. So whatever I do, I put in the music - more knowledge, more wisdom, more love…all these things. The great thing is the accomplishment of progress; never move backward. We’re consciously trying to move forward and make progress, you know.
Aaron: Collectively, what was your inspiration to putting together this album?
Ziggy: The inspiration was to make something forwarding and put something together that was in reggae that I had never done before. This was a dream; this will set the bar. Let’s do something that we’d never done in reggae before that will move music forward. [Sometimes] we can have some guidelines and not let our growth out. Hopefully, we keep growing with everybody on this journey. 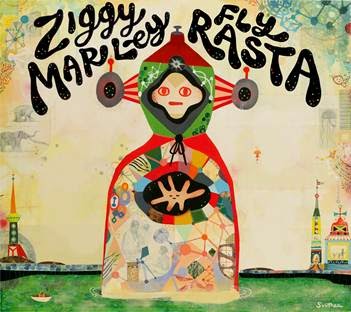 Aaron: Are there any songs on the album that you hold dear to your heart more than others?
Ziggy: No! All of them are worthy, from the first one to the last one. I don’t want any of our Marl’s to make it a reality show someday. (Laugh)
Aaron: Having such conscious and empowering music, during a time of your life what was it that was embedded or instilled in you that made you want to create such positive and inspiring music?
Ziggy: The love of music that was given to me, an urge to learn more for my next time and wanting to create more. An urge to learn and to get a chance to get knowledge and wisdom. That’s the main thing that makes music what it is, humility. Don’t let ego tend to drive you. You’re the driver.
Aaron: As an artist, many have compared you to the great legend, the late Bob Marley. What are your thoughts on that?
Ziggy: Rightfully so, because I am his son, one of his sons, one of his children. We’re not trying to envy similarities, so they embrace it; they love it.
Aaron: Your parents have given you so much advice, what solid advice have they given you that have applied to your everyday life?
Ziggy: Advising is by action, not by words! I think the greatest advice that my parents could have had - which is a state of our appearance with mother and father - they work hard just to teach love and discipline, just to earn respect…humility and love. I encourage. Advising is not by words, it’s by action.
Aaron: You have an organization called Unlimited Resources Giving Enlightenment, can you tell us a little about that initiative and some of your other community efforts.
Ziggy: Well, U.R.G.E. is one of the charities, foundations that I have. We’re focusing on the schools for our children to advance to be a better scholar and to get a better education - not just any education, but the right education too. Part of the solution for children is to get an education, so that’s basically what we are able to do - focus on the children.
Aaron: In a world that seems to be destructive and unsafe at times, for our young people who seem as if they don’t have any hope or way out, what words of encouragement would you share with them in hopes that they overcome those negative aspects?
Ziggy: I’d say, it’s not the end of life. You have to find it in yourself to overcome the obstacles. You have to find it in yourself to get through those things. You have to find it in yourself to love. It takes love. You have to love, but usually even the negative things make things better. Well, you can do something. You just have to keep pushing. 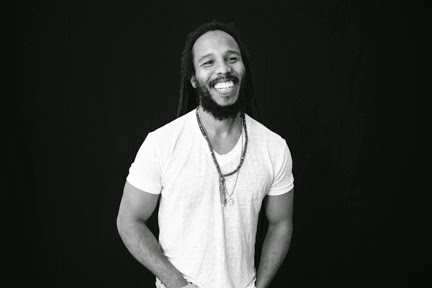 Aaron: You formed the record label Tuff Gong Worldwide; you also publish books and distribute organic products as well, now you’re about to do a big tour. What other initiatives can your fans expect from you in the future?
Ziggy: My initiative is to…you can do love, you know. That’s the story, the initiate. Everything else is like a side show to the ultimate is revealed….love. That is the initiative.
Aaron: What is one thing that you would like to achieve or accomplish in your lifetime that you haven’t already?
Ziggy: The accomplishment is to be a better person, a better human being and to give more love. There is more journeying to grow. The accomplishment is to give more love. There is more love to accomplish.
Aaron: Ziggy, you seem to carry out the deities of the Most High, what do you believe is your ultimate purpose, mission or calling on earth?
Ziggy: My purpose is to love, that’s it. Love is the answer to almost a lot of the questions. I think it’s better to offer love. There is so much of everything in it but without love in it there’s nothing. Love covers everything. That is the only thing we all need. So that is my calling, love.
Aaron: When it’s all said and done what would you like for your fans to remember you by or take from your music?
Ziggy: Guys, this is not about me. Remember to love one another! That is all that we are determined by. My music has a message and the music is there to encourage people to grow up amongst you. It’s conscious; it’s conscious and awareness. The music can heal people in time of trouble and disparity to inspire them.
Aaron: Would you like to share any words of encouragement to the readers, your listeners and fans?
Ziggy: The purpose of the agenda is, do what we have to do to make things better. My music always has a message. The message is in the music. That’s where the message is, in the music.
Aaron: Ziggy, I thank you for your time.
Ziggy: Thank you. Thank you very much!