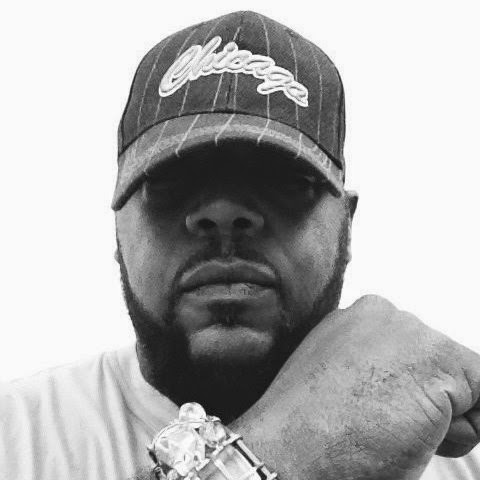 There are very few artists who can speak life into the world and uphold their responsibility as an emcee, moreover, celebrate the art and culture of hip hop for its true essence. Having over 15 years of experience as an emcee, hip hop artist Precise is a legend in his own rights, rightfully and righteous.
Recently, the veteran native Chicago artist released his new EP “Ladies Love Mixtapes The EP”, a project inspired by romantic relationships and the experiences involved within relationships that both males and females can relate to.  The project also represents women in a positive light as oppose to women being represented in negative media.
I crossed paths again with the gifted and talented artist. The confident and assertiveness of his words continue to catch my attention while following his career over the last several years. He is truly an individual who practices and lives by what he speaks. He forever inspires others through his artistry, as well as shines his light with his ultimate gift of rhyming.
Aaron Robinson: What does the word consciousness mean to you?
Precise: To me, consciousness means to be aware of your surroundings and be aware of how your actions affect the world, and even on a larger scale the universe.
Aaron: Tell us about the inspiration behind your new EP “Ladies Love Mixtapes.”
Precise: I had a discussion with DJ Kmax of CTA Radio WHPK in Chicago. He was having a discussion with someone else where they mentioned that women and lawyers killed Hip Hop. So, I understand the women proportion of it, but from a woman’s perspective, I feel that if anyone feels that way it’s because we haven’t created anything that really focuses in on their sensibility. Rap music as a genre is sort of filled with a negative portrayal of women. So, in my estimation, I feel that I can create a project that will lean more toward women’s sensibility and sort of give them something to listen to.
Aaron: What makes this project different from any other project you have ever recorded?
Precise: For this project, the concept is really based around a cycle of relationships from the time you started a relationship, from the first time that you made love, and from the first time you had an argument, ‘til you break up, ‘til your new person. It’s really different from where I am in terms of how people view me as an emcee. This one is just really concept driven.
Aaron: What do you think has been some of your greatest accomplishments as an artist?
Precise: I think that being able to remain a relevant artist over the last 15 years, especially here in Chicago [has been some of my greatest accomplishments as an artist]. Recently, I was able to perform at the Hard Rock Café in Chicago. I opened up for Common. I can go on and on and on. I’m blessed you know.
Aaron: Definitely, definitely, definitely!!! You are an artist who holds responsibility for your lyrics. What was instilled in you to pursue positive music?
Precise: I understand the power of my words and the power of operations that words carry. I understand often that we have a choice. So, if I have a choice in whatever I do or say that affects my surroundings, I’m going to choose powerful words. The real conscious decision is to remain positive and continue to push lyrics in an agenda that’s positive.
Aaron: What do you think of the Chicago hip hop scene of today?
Precise: I think the Chicago hip hop scene right now is very fruitful. I think it’s very exciting, just because of the different artist that’s coming out. I just want to give a shout out to Chance The Rapper, Add-2 , T-Y Green, Mic Terror, YP…those are some young guys coming out of Chicago. [I think] the background that Chicago has musically adds on to that excitement. I also feel like we’re in the midst of a Renaissance and I’m happy to be in the midst of that.
Aaron: What advice would you share with aspiring artists who are looking to be successful as an artist?
Precise: I will say follow your heart, follow your mind, and follow the force inside of you that tells you to keep pushing. A lot of times people get distracted by what others are thinking on, specifically portrayals that are in the media. All of us have been given this connection through the creator. Listen to that voice; allow it to guide you.
Aaron: Awesome! Would you like to add anything else before we close the interview?
Precise: I will be performing at the Silver Room Block Party (1442 N. Milwaukee, Chicago) July 19, 2014. If you want to catch me on twitter, I’m at www.twitter.com/precise_chi. If you want to hit my email, it’s precisemuzic@gmail.com or hit the website www.iamprecise.com.