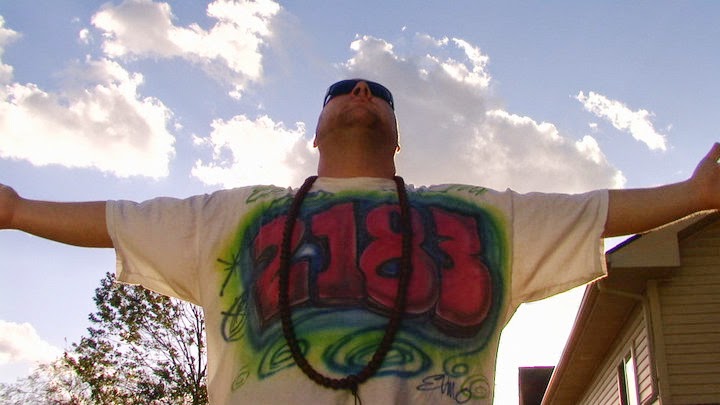 Q: When was the moment that you realized that you had a passion to Dee Jay?
A: The day I hooked up a fisher price turn table and a old belt drive turn table to a Realistic mixer with no cross fade.

Q: What are some of the sacrifices that you’ve made or some of the struggles that you went through to get to where you are today?
A: If you really want to be you in life, struggles are the key to your true character. If you are not willing to sleep in your car for 6 months, eat beans and rice, shower in a Waffle House restroom, and really take the leap into your higher self, then you are not willing to be you. The biggest struggle for me was my mother’s death. She literally died on Teachas birthday. She was my rock, my spiritual teacher! My mother kept me level headed. When she died my entire world changed. It was my mother that encouraged me to keep going when people wouldn’t give me a chance to rock the mic. Nobody wanted to hear a white boy spit conscious music. I went from my mother’s spiritual knowledge to the knowledge of the Teacha KRS One.

Q: While having a gift of a creative art form, and dealing with life endeavors, do you think life adversities made you a better artist and person in general?
A: Each one of us has had some kind of bad luck. It is what it is! I believe you can change that. I believe if you speak up to your ill fates, you will defeat them. A better artist, yes! A better person, no!

Q: While on your music journey as an artist, what are some prominent things you learned from KRS-1?
A: I learned A LOT from the Teacha KRS One! I won’t say too much about the teachings of the Teacha, you must be a Temple member for those sciences. But, I will give your readers this. As an artist you should visualize your show in your mind before you even walk on the stage for real. 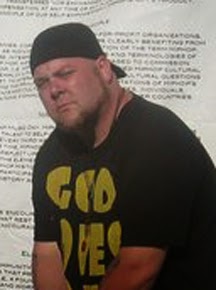 Q: You are part of the hip-hop group H Law Group with partner Zin One. What inspired this group?
A: I was in contact with the Minista back in 2010 as a member of the Temple. I was starting to get a little more noticed in the Hip Hop scene when I linked up with a crew called 2FG. As a Temple member it is my duty to preserve my kulture. So I started talking about Hip Hop appreciation week, Hip Hop history month and other crazy things like paying respect to Kool DJ Herc who is the reason why I am talking to you to this day! Zin and I started to do the online recording thing and we liked how we sounded together. Plus as artists, we both went through kind of the same struggles. Oh, before I forget! Big up to Da Masta and Unkamn by the way…a real DOPE crew and am proud to be down with them! I just had to say that.

Q: Do you have anything else that you would like to add before we close this interview?
A: Yes! If you would like to get involved with the Temple of Hip Hop please feel free to visit us at
www.templeofhiphop.org . Our theme for this year’s Hip Hop appreciation week is LOYALTY, which is every 3rd week in May. Much love, honor and respect to our Teacha KRS One, the Father of our culture, Kool DJ Herc, and the Mighty Zulu Nation. Peace be with you.