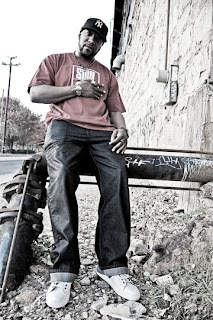 When I was young, I would always look to hip hop music for insight and knowledge while growing up in an underprivileged community. I would seek out intellectual artist in hopes to learn about what was going on in their community trying to observe if any situation resembled where I lived.
Today, while most hip-hop rappers or MC’s lack the realness in their lyrical content, I still seek to find knowledge and truth in music. One of those music artists are Coney Island born and raised, Kil Ripkin,hip hop’s best kept secret. I had the opportunity to speak with him as he brought the Consciousness Magazine readers words of enlightenment about his music career. “Music has been a part of my life for a very long time. I’m just really being conscious of what I’m putting out there. I like to live life and on occasion I will bring that out in my music,” says Kil Ripkin, a.k.a. The Genereal or Rip the GODIAN who signifies his love for music while having a social responsibility for the people.
While continuing to put out good music over the years, Kil Ripkin has been accountable for score production for 40 Acres and A Mule and production for artist such as Kurtis Blow, Craig G and Torae, just to name a few. Holding his own as a music innovator while obtaining a library of philosophies and thought provoking lyrics here is what Kil Ripkin had to say about himself keeping the essence of true hip hop alive and staying true to himself. “Just be real. The real never waivers! That’s how I maintained that level of essence that you hear in my music; just staying true to myself, [as well as] learning self…just growing. As you grow things get better with you. That’s why I’ve been able to maintain that consistency.”


The credited MC and producer is skilled in fusing his music with life science, street life and storytelling in a conceptual format, as well as mixing beats with political commentary in a productive way. As hip hop makes its transitions, he is able to follow his vision effectively without any of hip hop’s commercial influences, voicing his thoughts on the state of hip hop. “What people don’t think about or realize is that if we were to time travel back into the 90’s, we will remember a lot of wack rappers alongside real MC’s. We complained the same way we are doing now; nothing changed. That's what people don’t think about or realize...I love the way hip hop is now. Ain’t no one staggering my progress. I like hearing artists such as myself putting out music that are not really known on the mainstream. I stay beneath the surface and see the roots of things. We’re in a transitioning state and everything is transforming back to its true soul, to that realness!” 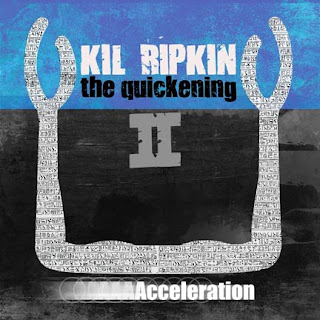 Over the years, Kil Ripkin also known as The Ghetto Correspondent has put out albums such as “The Quickening Vol. 1”, “The Balancing Act” and “Medicine for Mommy” (EP). His new album “The Quickening 2: Acceleration” is filled with lots of insight on life and includes production from Herroin Tracks, Krutty Ranks, and Jah Free. In his lyrics, it is evident that he is a warrior and a soldier that’s continuing to uphold his sword in the battle as a champion. “I’m a student, I’m a teacher and everyday I’m trying to learn something; I’m trying to teach something. I study many different forms of spiritual energies and I strive to stay in tune with positive energy. I just put that energy back out there through my music. That’s all I can do. I can’t speak on nothing else,” strongly says Kil Ripkin who also takes pride in being a father and a man of spirit.
Many times, the youth have a difficult time differentiating real from what they see or hear. With so much misprinted or misleading information misinforming them, one can also look up to the positive MC as a role model and for being a genuine person. “I will just keep being me. That’s my whole purpose in the music. For me, all I can do is just keep playing my part and put it into my music so that it can spark something."
The golden Age of Hip Hop was a time where many people embraced not only its music, but culture. It is rare to set apart many artists from their counterparts, but with Kil Ripkin, he delivers unlike any other artist, leaving a unique appeal for his listeners, making music more than just a great sound, but communicating an effectual message from his soul that touches people. “I’m really in tune with a lot of things. When I heard Rakim, no one had a voice like that, no one was spitting like that and that was all I really needed to hear to want to spit something on a higher [level of] consciousness. When the times changed, I was highly influenced by and studied Notorious Big a lot…coming from Brooklyn, I was close to the whole movement. I will say Biggie, Rakim, Slick Rick, all the artist that brought that shock and awe to the game like wow [was a great influence].”
As our interview begins to end, the hip hop trendsetter continues to express his creativity verbally painting a mental picture in comparison with his music. “Music is definitely an art form, it’s a canvas. I use it to express my world thought over some beautiful music. I don’t really have a lot of advice for people, I just try to lead by example and be that pillar of light, and when they see that light then they are going to come and ask questions.
For more information on Kil Ripkin visit http://www.kilripkin.com, twitter: @KilRipkin, facebook: kilripkin999
Also read Kil Ripkin interview at http://www.consciousnessmagazine.com/KilRipkinarticle.html