Written By Eric Plaut
For those growing up in the 1970’s and 80’s, a lot of us can remember when Robin Williams appeared on the small screen.  Although he worked on The Richard Pryor Show in 1977, Williams’s big break came a year later.  He appeared on an episode of the family sitcom Eight is Enough before he appeared on Happy Days as a character that gave him television immortality: Mork, an alien from Ork.  Shortly after Robin’s appearance on Happy Days, the show’s creator the late Garry Marshall had been given the green light to do a spin-off series.  Titled Mork and Mindy, Williams and Pam Dawber starred as the leading characters.  This sitcom was the golden ticket to a promising—and diverse—career for Robin Williams.
“MOST LIKELY NOT TO SUCCEED” 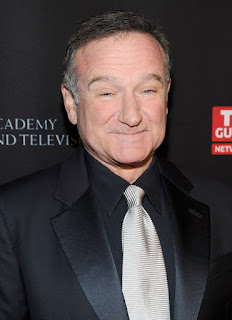 Robin McLaurin Williams was born on July 21, 1951 in Chicago.  His parents were Robert, an executive for Ford, and Laura, a former model from Jackson, Mississippi.  (One of Laura’s great-grandfathers was Anselm J. McLaurin, a senator and the 34th governor of Mississippi.)  Robin had two older half-brothers—McLaurin Smith and the late Robert Todd Williams, who passed in 2007.
Robin grew up in Lake Forest, Illinois, a suburb north of Chicago.  He attended Gorton Elementary School and Deer Path Middle School.  Robin was an introverted yet imaginative boy.  He could amuse himself for hours playing with toy soldiers in the basement of the family home.  On the other hand, Robin used humor to make his mom Laura laugh, and to get her attention.  “(My mother) was the only woman who left Joan Rivers speechless,” he said gleefully in a 2002 interview. 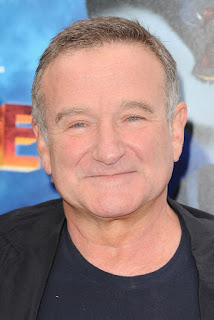