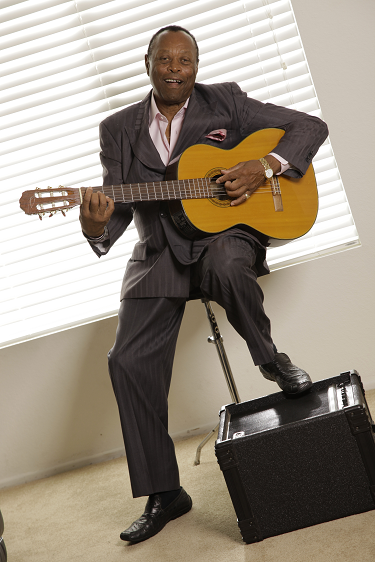 When I first heard the 70’s smash hit song “Express Yourself” by singer/songwriter/guitarist (band leader of The Watts 103rd Street Rhythm Band),  Charles Wright, I felt that I was capable of having a voice to express myself regarding any of my endeavors, such as painting, drawing or writing. Decades after expressing myself in my artwork, I would eventually come across the man who was responsible for recording this song, Mr. Charles Wright himself.

Mr. Charles Wright has made a tremendous impact on many people across the world, along with inspiring individuals who have covered, sampled, or used his songs in commercials and movies.

Since escaping the harsh life of once being a sharecropper, today the legendary singer continues to live out his career as a successful artist, along with being the author of the new autobiography “Up From Where We’ve Come” where he talks about his early life and family who encountered racial tension, social injustice and hardship in the deep south near Clarksdale, Mississippi.

I had the privilege of interviewing one of the greatest artists of all time, a man with a genuine spirit and humor, who can still laugh and love after all he has encountered throughout his lifetime.  Over the course of his career, he has become an influential figure in American Pop Culture, Doo Wop, Funk, Soul and R&B. I am proud to present this one-of-a-kind interview of Soul Music Great, Mr. Charles Wright.

Aaron: I’m great! It’s an honor to be on the phone with you sir! Congratulations on your new book, your new song and to all of your endeavors! You’re a legend, so that speaks for itself.

CW: Thank you! You heard my new record?
Aaron: Yes, I shared it with my fiancé and we really enjoyed it.
CW: Oh, thank you!
Aaron: What was your inspiration and motivation behind writing your new record “She Don't Believe In Love"?
CW: It just happened. Sometimes stuff just comes to me and I write it down. It’s just one of those songs. “Looking for an Ugly Woman,” that’s my favorite video (laugh). 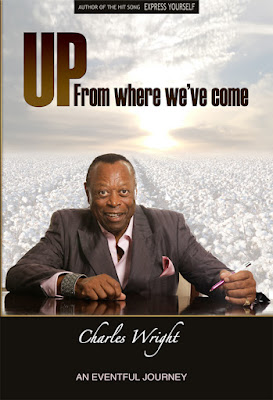 
Visit Charles Wright at www.expressyourself.net - follow at https://twitter.com/charles__wright
Purchase “Up From Where We’ve Come”
at http://www.amazon.com/Up-From-Where-Weve-Come-ebook/dp/B0172DGGBE