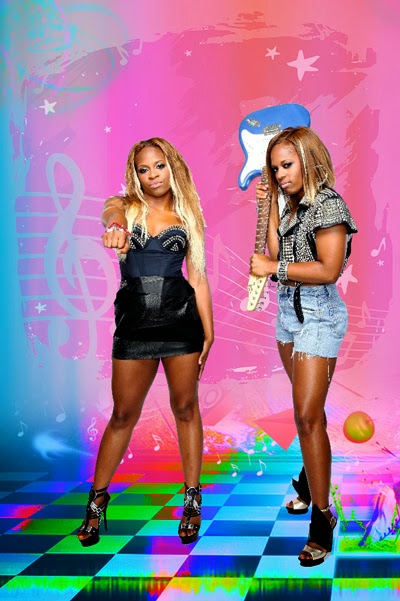 Pop, Rock n B’ will be the driving force behind the return of the youthful innocence that's missing in today's music and life,” says Kourtney and Kiara, better known as the rising singing/songwriting duo, Anotha Me.

Born in Harlem, the 17-year-old sister duo’s soulful, poppy and edgy sound serves as a platform to voice the viewpoints of the adolescent generation by creating songs addressing teen issues, such as peer pressure, self-image, fun and love.

Anotha Me’s self-described “Pop, Rock n B” sound infuses Pop and R&B, but it’s more than just a sound. "Pop, Rock, n B” describes Anotha Me's conflicting personalities, which makes the group more exciting and relatable to the everyday music enthusiasts. Kourtney has a rich sultry raspy tone and the assertive, rock star personality, while Kiara has a pretty falsetto tone and the edginess of a pop diva.

Performing on stage since the age of four, Anotha Me honed their artistic skills by attending performing arts school as well as participating in theater, dance, and singing at numerous events, such as Hot 97's "I Will Graduated" and at the legendary Apollo Theater.  The duo co writes and conceptualizes their own songs.  “We write about what goes on in our lives and what’s happening in the lives of other teenagers.  There is a lot that our generation is enduring right now such as teen pressure, violence and bullying.  We talk about what’s real to us and those are the songs that are missing in the industry,” explains Kiara.

The young carefree, fun and charming comic-relief personalities of Anotha Me solidifies their star potential and trendsetting abilities. Anotha Me will surely set the entertainment world on fire with their talent, confidence and message.  The duo is ready to become the void that is missing in the music business.  The blend of their infectious vocals and artistic gifts makes Anotha Me the complete package and the next on the throne to become pop music’s new sensation.