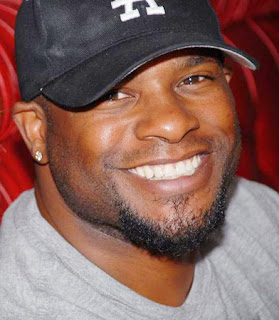 Throughout history, African Americans are stereotyped with penalizing depictions that constructed a framework of mental marginalization: irresponsibility, violent tendencies, and criminals, unintelligent, profane, to sexually promiscuous and oversexed. However, I beg to differ with few celebrity encounters including The Man and famous porn star Mr. Marcus who carries himself as responsible, charismatic, respectful, humble, and an intelligent gentleman. Without condoning Mr. Marcus’ lifestyle or hustle, it is a pleasure of meeting someone who did become a statistic to crime and incarceration but a successful entrepreneur, author, foremost a survivor. This article sheds a distinct light of him that holds substance than a typical Q&A explicit content.  Mr. Marcus On…

The importance of family
Family keeps me grounded. They keep you in check when you get out-of-hand. Family cares about you to the point they will pull you from the edge. They remind you of what really matters.

Family acceptance of his profession
My family has accepted me because I provide for them. I care for my family’s needs. I utilize the resources and establish [business] relationships my family does not have when in this industry. For that, I get that much needed support from family.

Hip-Hop being a product of corporate colonialism (since he is referenced in hip-hop lyrics and made cameo appearances in music videos a la Tupac Shakur’s “How Do You Want It)?
There are certain aspects where hip-hop has been commercialized. [However], there is a large underground [following]. There was a woman on stage at an event that introduced an artist to the public named Tony G. and performed the song “I Got Problems.” It was a song I never heard of, but the lyrics, delivery, and content matter made an impact to the crowd. This [notion] goes to show that hip-hop is alive and well. It does not have to be played on radio to be considered hip-hop. There are artist from the underground that can be as good and successful as those [mainstream]. The graffiti and break dancing artforms of hip-hop are still an existence. I cannot buy into the fact it is homogenized. [Hip-hop] is something that cannot be killed.