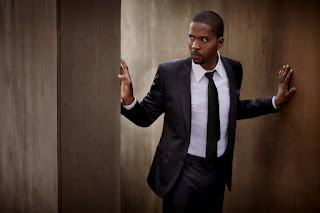 When mentioning the genre Gospel within a conversation, one cannot discuss music without mentioning Grammy Award-winning producer, composer and recording artist Donald Lawrence. Continuing to follow his God’s given vision, it’s no doubt that surviving in a dominant music business is his passion and foremost calling.

As a pioneer, Donald has been a force to be reckoned with, as it shows in his radio smash hits and chart topping compositions and arrangements. Over the last several decades, he has collaborated with music greats such as Ramsey Lewis, Mary J. Blige, and the Clark Sisters, just to name a few. Before he began to top the Billboard charts, he was recruited in his early career as a vocal coach for En Vogue and became the music director for R&B artist Stephanie Mills for his great talent abilities.

Over the years, Donald has been successful for shepherding the group Company and the choir The Tri-City Singers, winning numerous Stellar Awards for his excellent directing. As a solo artist, his archive includes titles such as, I Speak Life, The Law of Confession Part I, and his latest masterwork YRM (Your Righteous Mind).
I had the privilege to interview the musical genius as he prepares another successful year as a spokesperson and host for the Chicago regional show, Verizon’s How Sweet the Sound. Here is what the musical mastermind, Donald Lawrence, has to share with Consciousness Magazine readers in regards to his career, life and latest happenings.

Tocarra Eldridge: How does it feel to be a returning host of Verizon’s How Sweet the Sound?
Donald Lawrence: Well, I’ve kind of been there from the start. So, it’s an honor to be back for the fifth year. We definitely established a great relationship. It’s just a fun program in general.

TE: As a Grammy Award Winning artist and being a face of national promotions for Verizon, how do you stay humble?
DL: I don’t know that I try to remain to stay humble, I just am me. I am a pretty laid back guy. I’ve never thought that what I did was any different from what anyone else did in any other profession. I think that when you keep it in perspective like that, you realize that everything you do has some kind of assignment to it. It makes you not think that it’s about you, [it] makes you realize that you are what I call graced, to be able to have this opportunity. When you realize that you are graced to do it and that it’s not about anything that you have done other than you’ve just been graced to do it, you don’t ever keep the spotlight on you. You keep the spotlight on the assignment. To me that’s what humility is.
TE: During your early career, you worked with talents such as En Vogue and Stephanie Mills. When you look back at your music career or music ministry, did you ever see yourself being this successful and making such a great impact with your career?
DL: I think that I’ve always had big dreams. So, I expected to do this and more. It wasn’t so much about how good I thought I was, I’ve just always had big dreams and I was going to go for them. I always dreamed big! I think that when you dream big you just live inside the dream and just keep on striving to get to where the dream is for you.

TE: What words-of-advice would you give to up-and-coming gospel artist in this new generation where secular music seems to be the most played?
DL: Sometimes I think I’m just an overly deep thinker all the time. I think that everybody has their own assignment and their own journey. Sometimes you can waste a large part of your life measuring what you do to someone else, when the measurement of your particular assignment is just what it is. I think that if you focus on why you’ve been put on this planet and what you’re supposed to do, you don’t really have time to think about whether your music or theirs is being played more. You just think about am I getting what I was put here to get done. Let that be your main objective. I think that takes away the anxiety and worry about somebody getting further than you.

TE: For those who do not truly know the power of God, what has been some of the most challenging aspects in your life or career that you have put in His and in which He eventually worked out for you?
DL: I think the biggest challenge for me would be to trust in the gift and the power that He has put inside me. God has given us all power, so that’s why we were created to have dominion over the earth. He has given us power to really have dominion in an earth realm. So, I think that when you see challenges, it tends to make you doubt what you already know God has ordained you or gifted you to be able to do. The challenge would be to keep the faith level at a certain point even though things might not look the way you feel they’re supposed to be, getting past the actual scene itself and seeing what’s behind the scene. That’s why faith is the substance of things you hope for and the evident of things not seen. A lot of times our faith can be wavered by what we see. Our faith is supposed to be strengthened by the things we don’t see.

TE: When we (Consciousness Magazine) interviewed Dewayne Woods, he said that he learned so much from you and that you and John P Kee knew the calling upon his life. Would you like to respond to his statement?
DL: Yes. When Dewayne was just hanging around, I just felt like he should sit up under me for a while. I knew that there was something for him to do. He just needed to maybe sit there and learn or even maybe just be in an environment like Tri-City that would just love on him, because Tri-City was such a loving choir. They just became a part of the family. I think that built his confidence and allowed him to trust his gifts. Whenever you do the right thing or what you were put on this planet to do, the right people just show up, the right opportunities just show up, and the right doors just open up. That’s why you just can’t spend time worrying about what others are doing. You’ll be paying attention to the things that are showing up in somebody else’s life and their doors, and you’ll miss your own doors.

TE: Donald, if you could give your fans and our readers some inspirational words, what would they be?
DL: I would just remind everybody, I think that God has gifted and graced everybody with something. Sometimes you spend a lot of your life looking in an area that you are not graced or gifted in. There are things that we just know how to do. Then, there’s that one thing that we are just graced! When I say graced I mean a divined enablement. Sometimes people spend most of their lives doing something that they just happen to do pretty good, but it’s not the place that they’re really graced in. When people do what they’re graced in, people are just awed by it. There are people that can sing, but when they write a song it’s like wow! Then there are people that can write, but when they sing it’s like wow! [It’s] not that they can’t do the other, but there’s always this area where you have the divine enablement to just ‘wow’ people. I think Whitney Houston was graced to be able to sing. There are a lot of singers, but there was something when she would sing that was just wowing! I want everybody to really recognize your grace place and embrace it, and you will find out that doors will open for you and the right people will show up.
TE: Do you have anything that you would like to say in closing?
DL: That will be my closing statement - just embrace your grace place.