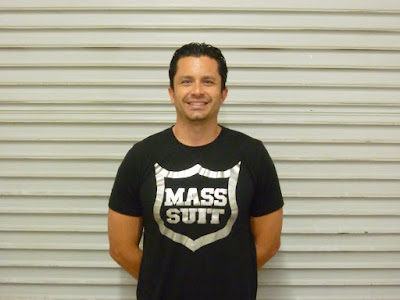 When it comes to putting in hard work and following your dreams, Jesse Nicassio, former NFL player and CEO of Juke Performance Incorporation knows what it takes to beat the odds and be successful with whatever he puts his mind to. Jesse Nicassio attended Eastern Washington University where he played collegiate football. During his professional football career, as a punter, he played for teams such as the St. Louis Rams and Indianapolis Colts.

I had the opportunity to interview businessman, inventor, and former NFL player Jesse Nicassio. Here is what he had to share with the readers regarding his invention of the maximum athletic sports suit, the MASS SUIT.

Aaron Robinson: I want to thank you for taking the time to pursue this interview. It’s an honor.
Jesse Nicassio: You’re very welcome! I thank you guys. I appreciate it!

Aaron: Tell us a little about the MASS SUIT?
Jesse: The MASS SUIT is a full body or a resistance training device that enhances an athlete or any persons speed, strength, power, endurance and agility. I ended up in the athletic/fitness world and then things started going towards therapeutics, rehabilitation and military. It’s been a lot of fun for me. What you do with it is, you’re really using it to do your training. You put the SUIT on; it intensifies your workout and you can use it toward any type of training, even swimming, long distance running and of course all of your speed and agility drills. It intensifies it [your training] by adding this resistance force to every movement, step or punch, such as, an MMA guy putting on the SUIT. Every time he throws a knee, kick or a punch, it's providing resistance by enhancing his fast twitch muscle and engaging all muscle groups.

Aaron: What are some of the benefits and how did this creation come about?
Jesse: It really makes your workout much harder. You can cut down your workout time if you don't have a lot of time. For example, a traveling salesman or anybody who is always on the road. While at the hotel, they can get a high intensity workout with this SUIT for 30 minutes, and you've already burnt as many calories in 30 minutes as you would any regular hour workout. We worked out with a lot of professionals and collegian athletes. This SUIT works for every type of sport. We were working with the Brazilian Olympic swim team before they left the Olympics. It's a very versatile piece of equipment and we're the only company that has it. My whole thing is to dominate the market with the SUIT and other products. I created this product for my own self, because I wanted to help myself. For every athlete out there - who doesn't want to be like the next Michael Jordan…who doesn’t want to be the best? Every athlete is only looking for the edge. I’m like, how can I give myself the edge and how can I get other athletes the edge? That’s how this whole thing came about. 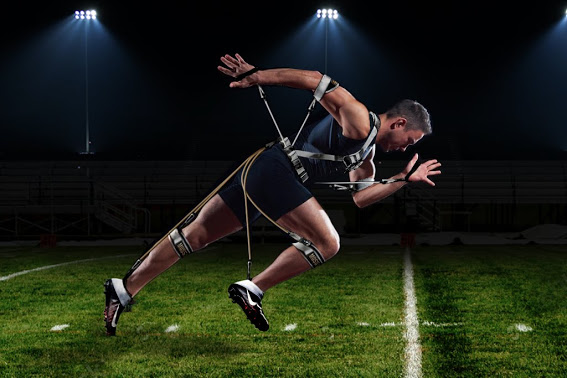 Aaron: What you say that was the inspiration behind the MASS SUIT due to the fact that it was crated so that you can have better performance and so forth?
Jesse: Yeah, the inspiration behind it was how to get the athlete or the individual to the next level, how to improve some of their areas that they need help in and how can we give the athletes a chance to improve their abilities in a safe and efficient way? Some hardcore type of weightlifting exercises can be detrimental on your knees, your back, and your hips. Most people don't know that it's messing with your spine. Running and jumping with weights is really bad on your knees and your hips. If you're performing these exercises for a long period of time with the improper tools, you're going to create injuries. So I wanted to give people sustainability and longevity inside their sport.

Aaron: Jessie, for those individuals who never had any training or are just beginning to exercise, would you recommend this equipment?
Jesse: Absolutely. If you’re just starting to work out and getting into training, what are some of the great things that I would like to say to somebody is…everybody wants to get into training and start working out for an hour or two hours and say ‘oh, how I want to lose that gut, I want to get strong and buffed.’ It’s not good to jump into things full blown to feel like you’re Superman. With the MASS SUIT you can provide a little bit of resistance so that you’re not lifting very heavy weights.  You can do some things with the MASS SUIT at beginning levels for about 15 or 20 minutes. You're going to feel that great burn; you’re going to feel like you've done a great workout, in which you did and you did not exhaust your muscles or yourself. You can use the SUIT in low intensity type training routines doing very basic movements in which we created a program called Juke Fit On the Go. It’s just a program that you can follow. You can make it into a high intensity workout if you'd like. There are instructions on there, but you can make it in a very nice low intensity also.

Aaron: Did you create the MASS SUIT during your football career, or did that come later?
Jesse: I started creating it during the last season of my football career. It was around 2007. That was the start of it.

Aaron: Where can people go to purchase the MASS SUIT?
Jesse: You can go to Jukeperformace.com. 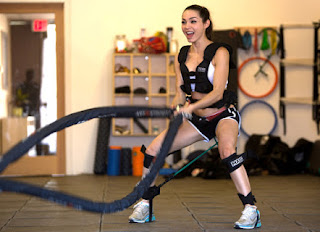 Aaron: Jesse, what kind of accomplishment is this for you. This is a much needed product. I know that it has to be a great feeling to give back to the people, as far as in the athletic/fitness field by giving people the opportunity to enhance their performance.
Jesse: It’s amazing! That’s one of my favorite parts - knowing what it takes for an athlete to get to the next level, watching the athlete hit their goal, knowing how much time and work they have to put in, and watching a youth athlete go from high school to college. Youth are using our products to enhance their speed. They’re the ones with the big goals on their minds. Then you have collegian athlete looking for college. Watching them achieve or receive that scholarship, to making the team and get on the first team is great! When I created the SUIT, on the whole rehabilitation side, I started working with kids with autism. The SUIT kind of fell in hands with trainers who work with special needs kids with autism, cerebral palsy and head trauma. We saw the effects that it was having on these kids on the physical and mental side of things. It was actually stimulating their mind and they were able to exercise. To watch them improve was one of the best feelings. Us, meaning the athlete and fitness people have a choice. We have a choice if we really want to go out there and work really hard. These kids with disabilities don’t really have a choice. So, to watch them actually now have a choice in honing in and wanting to be hungry again, wanting to be something, and to be able to comprehend with their trainer and understand what they are saying is amazing! I even had a mother crying when she was watching her kid actually comprehend and do exercises with the SUIT on. It was the first time she ever got to see that.

Aaron: Wow! I’m really speechless. Regarding whom youth who want to be athletes, do you have any inspiration for them, as far as them wanting to fulfill their dreams?
Jesse: Yeah. Never stop! Keep on moving forward! Don’t let anybody ever tell you that you can’t be the athlete that you want to be. I even had some of my high school coaches tell me that I would never ever go to college. As soon as they said that, I had laughed and said, ‘watch this. I'm not just going to go to college, I’m going to college to break records, and then I’m going to go off to the pros!’ If you have your dreams, make your dream come true by working hard. Never stop working. Great things will happen with hard work and dedication.

Aaron: Great inspiration and advice! Would you like to add anything else before we close the interview?
Jesse: For those athletes out there who want to get the edge, just be the very best that you can be. If you have some questions about the SUIT, hit us up. That's why we're here. We're here to help.

Aaron: Thank you so much. I really, really appreciate this.
Jesse: You’re more than welcome!