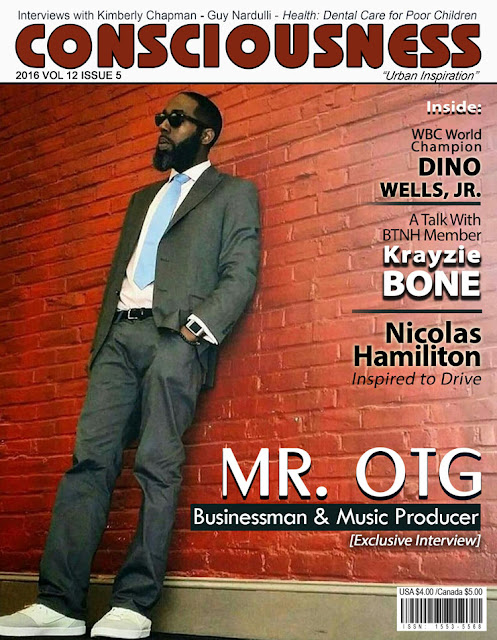 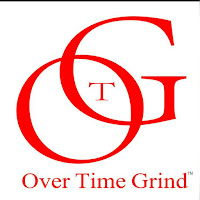 Aaron: Is this the reason you built Over Time Grind?
Mr. OTG: That’s why I made Over Time Grind. I wanted to make a logo that people can stand by and feel cool to be a part of and say “It’s okay to work.” Maybe you sell drugs – better be the best drug dealer that you know, and then transfer that into a real business. That’s Over Time Grind! Maybe you go to school; you gotta be the best guy getting grades in school. That’s Over Time Grind! Maybe you work two jobs. That’s Over Time Grind! I wanted to make something that people can be loyal to, be proud of and feel like they automatically understand. Through that, once they say, “okay I worked overtime before and have made more money when I worked harder, so I get the gist of what it means. The next part was, as a black man, let’s go against the grain and always give positive messages. 5 years of all positive, informative and motivational messages 24/7, whether its social media or it’s me talking to people, the next thing is, let’s give knowledge itself and start showing other black men who have independent businesses and who are successful. Let’s show black fathers. Every day I see black women say, “Baby dads this, they aren’t that!” Let’s show companies that put out images of black men who are fathers and who take care of their children. Let’s start showing dark skin women they are beautiful all the time. Let’s go against the grain and question some of the things like the Meek Mills and Drake battles, is it a light skin/dark skin thing? Let’s change and challenge some of the things that go on everyday and try to make a difference slowly. I’m a black muslin man. Let’s openly talk about prayer, faith and God. Let us openly question why are there still pictures of white Jesus on the wall in black churches when we have verified proof that in 2016 that the Pope and Vatican prays to Black Madonna and Black Jesus. What are these things that are going on? As a company, me being an owner, let me challenge some of these things. When people go to Google, maybe I’ll plant a seed that opens somebody’s mind ten years from now and they’ll say “I seen this on OTG’s page. It changed my mind and it motivated me to think differently.”
Aaron: Would you say this is your goal?
Mr. OTG: That’s really my goal because I remembered feeling helpless and nobody cared. I remember working in the factory. When the recession came they took my job and I showed up to work every day and did everything that I was supposed to do. I remember feeling helpless and I remember feeling like I was not going to feel like that anymore, so I’m going to do what I know what I do every single day and that’s work on cars, make beats, go in the studio and try to help kids out in the neighborhood. I’m going to turn that into a business and that’s what I did.
Aaron: Would you like to add anything else before we close the interview?
Mr. OTG: I just would like to say I appreciate all the people who will read my interview in the magazine. I appreciate you for putting out a magazine that talks about these things and who isn’t afraid to push the limit and talk to black entrepreneurs, traditional and non-traditional. I’m a non-traditional entrepreneur. 90% of the time you won’t catch me in a suit or tie. Most of the time you might catch me looking like a regular guy. I appreciate the opportunity to have a knowledgeable interview with you. Thank you!
Aaron: Thank you too!