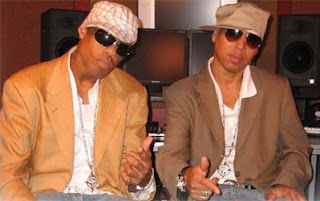 In this current age of Hip Hop, in what some would say is the art forms 30th year in existence; we seem to have come to a crossroad of sorts, a vital point in which the very integrity and soul of the music itself seems to hang in the balance.

A little dramatic, well not if you ask the generation affected by this "Epidemic." You would undoubtedly find it hard to miss the growing number of disgruntled purists with lamentations of the deceased genre. In addition, the endless barrage of processed and pre-packaged material of questionable artistic value funneled to the masses through the countless radio stations, music video networks, via the internet, motion pictures, etc.

In turn, this tasteless, yet ridiculously lucrative formula provides us with more incessant droning of the industry’s next so-called gangster/thugged out/ pimping rapper façade. Mix this with a simple, catchy, bass heavy, gunshot laden track and include any whiny plastic prima donna attempting to sing beautiful about stories of murder and dope. In today’s market, oddly enough, you just might have a hit.

This of course is being manufactured, marketed and pushed to us by greedy label execs operating on behalf of the gluttonous corporate machine one million times removed from the culture. Thus, creating another mindless slave to the system perpetuating the usual negative stereotype along with touting the most ignorant and irresponsible behavior in the most sickly fashion.

It became so transparent it’s almost comical, besides the fact, these elaborate tales of crack dealing, drug abuse, alcoholism, misogyny and homicide arguably promotes and glorifies not just black on black crime but the outright destruction of the race.

Driven by this genocidal mind state and the grotesque worship of the "almighty dollar," who could blame any fan or artist for recognizing the future indeed looks grim. A far cry from the days-of-old where creativity and individuality was the norm and credibility was established by simply putting out good music, not how much hype could be generated through trendy gimmicks, make believe personas, and you guessed it, more drama!

Enter GURU, esteemed rap veteran, formerly one-half of the legendary Hip Hop group Gangstarr (Hard to Earn, Moment of Truth, The Owners) and his new partner in rhyme Solar, the passionate and gifted up-and-coming super producer. Together, with a skill only rivaled by their aim to be a definitive force in true Hip Hop music, they released their CD, JAZZMATAZZ Vol. 4. The Hip Hop Messenger: Back to the Future" on their newly formed record label "7 GRAND RECORDS." This album is an outstanding effort chock full of a new type of organic funk, laced with a wonderful blend of that Jazz/Hip Hop fusion, as well as those witty and thought provoking lyrics we’ve come to know GURU, A.K.A. Baldhead Slick to put down for about two decades now.

A while back I had the opportunity to catch up with Guru and Solar while promoting their album "JAZZMATAZZ Vol. 4," as well as their new record label "7 GRAND RECORDS." We spoke of these new and exciting business ventures, their roots, and what goes on in today’s Hip Hop movement. More importantly, what lies ahead for the future? Among other things, they were pleased to tell me how they planned to be a breath of fresh air in an otherwise stagnant climate and a beacon of hope for a culture in desperate need of light at the end of the tunnel.
CM: What’s your mission statement?

GURU: Well it’s our goal to get in touch with the new press, the smaller press so to speak and to really get them in line with what we’re trying to do at "7 GRAND RECORDS." Obviously, it’s a very daunting task to bring credibility back to New York hip hop and just back to the game with where it all started. You know hip hop started here in N.Y. It started off very intelligent, a very powerful medium that was all inclusive that everybody could get involved in. Of course, it was music for people first and then became music for the world. That’s our mission statement there.

CM: When did you start "7 GRAND"? [Read more....http://www.consciousnessmagazine.com/Guru.html]