7x Grammy Award-winning music producer and autism activist Marcus Boyd has been giving back and fighting for his community as a voice for autism. Beating the odds while living with autism was a challenge, however, a gift from God as he continues to live his dream and follow his passion no matter the circumstances that he may face.
Recently, Marcus Boyd was honored at the Atlanta Hip Hop Day where he received a Pioneer Award. He was also honored at The Stone Awards in Memphis, Tennessee. In 2020 Marcus Boyd will begin working on his worldwide clothing brand, ART'istic Wear Clothing that will give light and honor to the autism community. That is not the only goal he looks to achieve as he sets out more goals while being the founder of A Solid Music Note Foundation.
I had the opportunity to interview Marcus Boyd. Here is what he had to share with the readers regarding Autism and his amazing, yet latest happenings.
Aaron Robinson: What do you feel is your ultimate purpose in life?
Marcus Boyd: I use to feel like it was music. Now, it changed to being a voice, being an activist and telling my story, to help encourage and to help give knowledge and wisdom for those who are in my community - the autism community.
Aaron: With all that you’ve been through at a young age, what type of gratification is it for you to be a successful producer in the music industry?
Marcus: I just give all praise to God. I give praise to my grandmother; I give praise to my family that helped raise me. It’s just a lot of people in this village who helped raise me to be the guy that I am today. My only gratification is to know that one day I can reach my son or teach somebody else’s son the proper way and the best way to do this music.
Aaron: When did you realize that you had a musical gift?
Marcus: I didn’t start talking until I was 13 at a two year old level. I didn’t have a bunch of friends. My family were my friends. My grandma gave me a trumpet when I was in 3rd or 4th grade. Just because I couldn’t talk, that didn’t mean that I couldn’t really understand. I understood what people were saying out there mouths. The lessons that were being taught to me helped me to be able to start playing the trumpet. 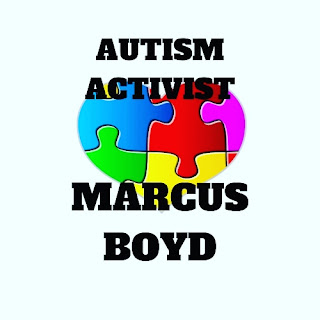 Aaron: Marcus, you are an educated man, a businessman, and a family man. You have accomplished many that most cannot. What do you feel was the remedy for you to overcome the adversities that most autistic people fail to overcome?
Marcus: I just really had a praying grandma. She only had PBN as a television channel. Then I had the family support, my behavior aide, my speech therapist, my therapist, my doctor, and my social worker. It was a bunch of people that actually helped me with sticker notes…reading material. My therapist use to come pick me up every weekend to go over to her house with her children and family. They use to help educate me – the stuff that school wasn’t doing because I was in Special Ed and I had emotional problems. When I was having these problems in school they wanted to put me in Special Ed classrooms. Then it got to a point that they wanted me to stay home because it was getting to be too much for the other kids. I was disruptive. So, you are dealing with somebody that had severe emotional problems [jumping on people, scratching them, biting them]. I was trying to live a normal life. It was just really hard.
Aaron: Do you feel that the school system failed you and that they didn’t really treat the symptoms that you had?
Marcus: I mean we talking about the late 80’s, early 90’s. I didn’t even know that I was a part of the Special Olympics, but I was for years. This was way before No Kids Left Behind. I did have those special teachers where I attended a school for physical and mental disability. They had the time out rooms. They had different stuff but I don’t think it was equipped to be able to understand autism, its behavior and its dynamics.
Aaron: Do you still have any symptoms that still affect your livelihood?
Marcus: Yes, I still have emotional problems. I throw my bed and my TV. I still cry. I still don’t trust people. I still like certain colors. Even though I’m a music producer I still don’t like loud noises. It’s not like this is a disease. It’s a gift from God. It’s not like you give me some medicine and I’m going to get over it. I didn’t stop jumping on people, biting and scratching them until I was 24 years old. When I was 17 and 18 I was still having problems using the bathroom by myself. I’m going to be 37; I still have episodes. I still deal with it, but it’s the way you deal with it. Music is my comfort. One way I deal with my problems is that I put on my headphones and I just listen to my favorite songs until I can’t listen to them anymore. Another thing is that I talk to the people that are in my village. I call them up. I don’t care if its 4 o’clock in the morning. They know that Marcus must be having a problem if I’m calling them at 4 o’clock in the morning. They’re willing to get up and listen to me without any judgment. 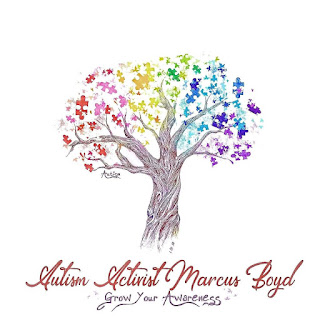 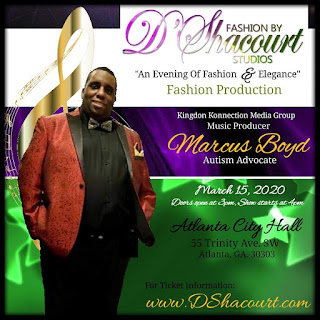