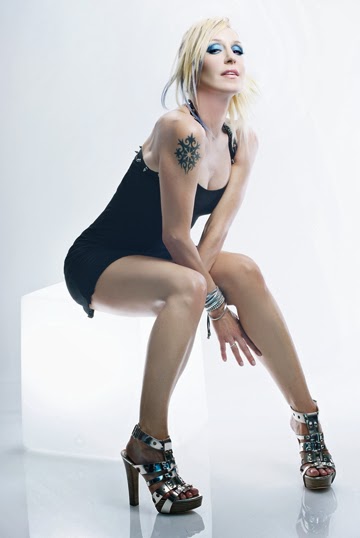 There are few female DJ’s who can dominate and be successful in a male predominate DJ world. However JES is a tremendous songwriter, singer and DJ who’s talents and gifts speak for itself as she continues to blossom in the EDM world while having an exceptional voice and style. Believing in her vision and setting challenging goals, JES has topped Billboard charts and continues to receive widespread radio play, not only in the U.S. but internationally as well. She also has a radio show called “Unleash The Beat” that’s syndicated on over 60 stations worldwide.

When it comes to community efforts and giving back, JES has trained with the APLA (Aids Project Los Angeles) to run the Marathon to help raise money for those who are living and affected by AIDS /HIV. She has worked with the Wounded Warriors Campaign, homeless children in L.A. and is always looking for new ways to help with her campaign called The Awakened Campaign.

I was granted the opportunity to speak to the vibrant and humble DJ about her new projects that feature countless superstar DJ collaborations and much more. Here is what she had to share with me during a recent interview with Consciousness Magazine.

Aaron Robinson: What was your interest or inspiration behind wanting to become involved with music?
JES: Well, it was with me since I was so little. I was lucky enough to have my mother with me who was into music, into theater and into the arts and she made sure we had lots of instruments around. It was something that was so natural. When I was fourteen I got to record my first song. When that happened it was kind of like a dream come true. I never looked back from there. I kind of knew I wanted to pursue it at a young age.

Aaron: As a female songwriter, singer and DJ, what are some of the challenges that you face or have faced on the regular in a male predominate industry?
JES: (Laugh) Well, you know. I don’t really think of it so much that way. I think it just makes you have the need to be really at the top of your game, to really be confident, and to also know all aspects of it. I’m first and foremost a singer and a songwriter. And I kind of find myself in the DJ world. I also produce and play the piano and guitar. I try to do my best. It also made me learn about the business more.

Aaron: Tell us a little about your new songs and projects?
JES: I got some new songs out that I’m really excited about. [They are with] another DJ called ATB, he’s from Germany. I toured with him over the years. I finally decided to work on his new record. I wrote three songs called “Hard to Cure”, “Together” and “Right Back to You”. The album is called ‘Contact’. I played in Chicago. We were at The Aragon Ballroom. We played there on October 11th to a packed house and it was awesome –we toured New York and Los Angeles…some amazing places. I love working with him and I’m so proud of his songs. There’s a teaser of his songs on my SoundCloud page at soundcloud.com/jes. He’s a DJ and he’s known for some of the big dance classics, as myself as well. A lot of the songs are actually different, they are not necessary a dance. “Together” it’s a mid tempo ballad, beautiful song, and “Right Back to You” a little more mainstream pop. It was nice and refreshing to do a little bit more songwriting together.

Aaron: Who are some artists that you would like to collaborate with in the future? 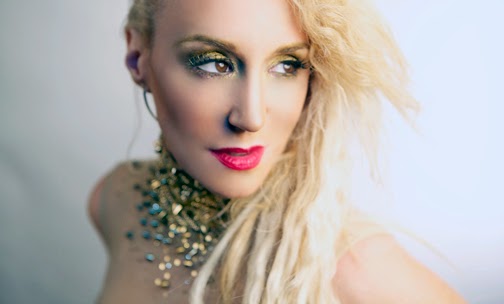 JES: I’ve been lucky to work with a lot of the bigger DJ’s in my own genre. I’d love to work with J-lo. That’s one person I really like. I’d like to work with Danger Mouse. He’s done things for Broken Bells and Gnarls Barkley. I’d love to work with the producer Nigel Godrich, who’s produced Radiohead. These are top game producers, but I’m always looking for new people to work with. And because of my radio show I do get to meet a lot of new and upcoming producers and DJ’s. The most important person is someone that inspires you and can actually capture your magic. You never know who that is. (Laugh) But those are a few.

Aaron: What words of encouragement would you share with young women who are looking to be as successful as you are in the music industry?
JES: You know, it’s not an easy existence. It definitely takes a certain kind of determination, strength and belief in yourself. I would say stay focused – the most important is focus on who you are, what you have to say…your style…your individuality. Things are not always fair in general, especially if you don’t have too much expectation of people. If you’re really good at what you do and remain really focused and you don’t give up, I think you’ll make your way in this world. Know what your goal is and work every day to get there. Do one thing every day to better yourself, to better your life and to better your career. The biggest thing is, you hear it all the time is to never give up. It’s going to be hard but you have to push ahead.

Aaron: Can fans and music listeners expect more projects from you in the future?
JES: Oh yeah! Many, many! I have an Unleash the Beat album. It does include a couple of my songs and an Unleash version of the song I did with another famous DJ, Ferry Corsten. It’s called “In Your Eyes”. I’m also working on a couple of releases on my own label. If you go to the officialjes.com you can see some of the things that I will be coming out with. I have another song called “Glitter and Gold” that’s coming out in May and a song called “Wedding Bells” that I do with BT. We have a new video and a single coming out that should be out in another month or two. 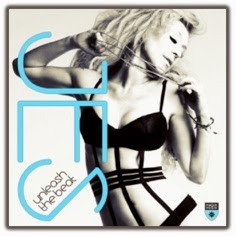 Aaron: Would you like to add anything in closing?
JES: I always welcome people to ask me questions. It’s been a really interesting journey for myself in music. Every day is something new and I definitely want to be helpful in any kind of way because my fans have helped me so much. I get up every day and there is a message of encouragement and support. And I definitely want to give that back to them. Don’t be afraid to write me on my facebook page or twitter, or anyway where you can find me. I would love to hear from you.

I also love to do a lot of things for charity. I started something called The Awakened Campaign. I do a list of all of the charities that I have done some shows for. I always welcome people to tell me any charities in their community.

Aaron: What was in your past that allowed you to show that gratitude to give back?
JES: I think just being able to do what I love because of the support and help I had. I’m also from New York; it’s a pretty tough town. It’s quite a melting pot of people and situations. It’s so many people that you can help in this world. We’re kind of living in a crazy time right now. People are becoming a lot more enlightening, I feel. I also wrote a song called “Awakening” and that’s how the Awakened Campaign started. It’s sort of like opening your eyes and sort of kind of looking at what’s around you and seeing what you can do and not just  letting it slip by.

Aaron: JES, I love what you are doing. I truly appreciate your time.
JES: Thank you so much Aaron! Have a nice day.

Cuba Gooding Jr. plays the True Story of Eugene Brown in Life Of A King
[An interview with Eugene Brown]
Interviewed and written by Aaron Robinson-Editor

Today Brown is the Founder and CEO of The Big Chair Chess Club, Inc., a non-profit 501(c)(3), where he uses chess as a philosophy to teach the inner-city children lessons of life. The organization was founded and formed to reach the un-reachable and teach the un-teachable youth by instilling the motto, "To Always Think Before You Move." The organization not only teaches chess as a board game but also as an application for improving one's concentration and self-discipline, andfor one to acquire life skills.